The main entrance of the bank is on the rue Croix des petits champs. As a client, the Bank of France wanted to make this place a centre of international congresses and conferences with a large prestigious 200-seat auditorium, offices, meeting rooms and a restaurant. The area around the large hall had thus become the new centre of the Banque de France. It is a place open to the public meeting and exchange.

For architects Moatti and Rivière, the challenge was, amongst other things, to integrate the auditorium into the existing architecture, integrating both historical and modern elements.  The solution lies in a large area of ​​300sqm, independent of the ceiling, with a fully glazed exterior and rounded corners. This helped preserve the character of the entrance hall, while the mirrored façades of the auditorium produce light and reflection effects

The auditorium, which measures about 15 metres wide, 20 metres long and 6 metres high, is illuminated by intense bluish shades. 106m² of MICROSORBER® translucent film are mounted in double layer on the sides, to reduce reverberation time and flutter echoes.

The films inevitably draw the eye: and they were printed lavishly. The motifs consist of 28 films per side. See: ceiling paintings reproductions of the Golden Gallery, located in the Hôtel de Toulouse.

MICROSORBER films have helped reduce reverberation time and the floating echo, while combining modern elements to the history of the Banque de France. 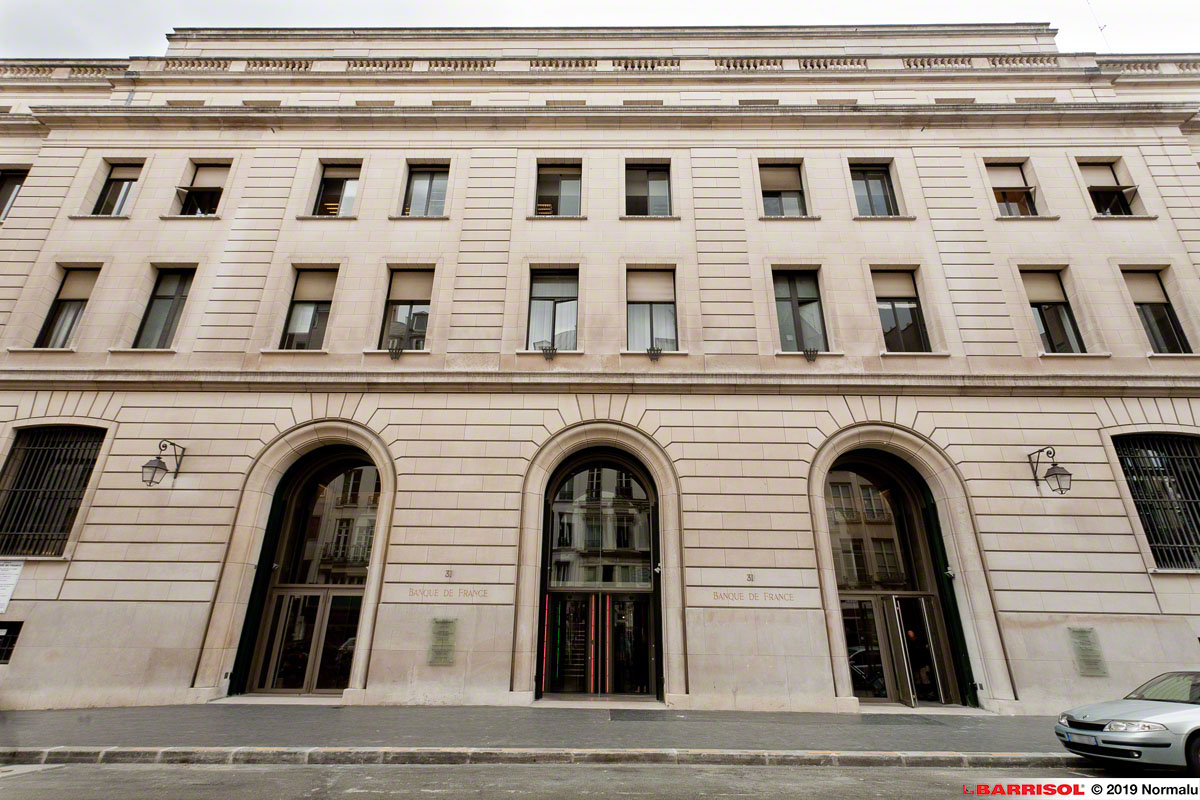 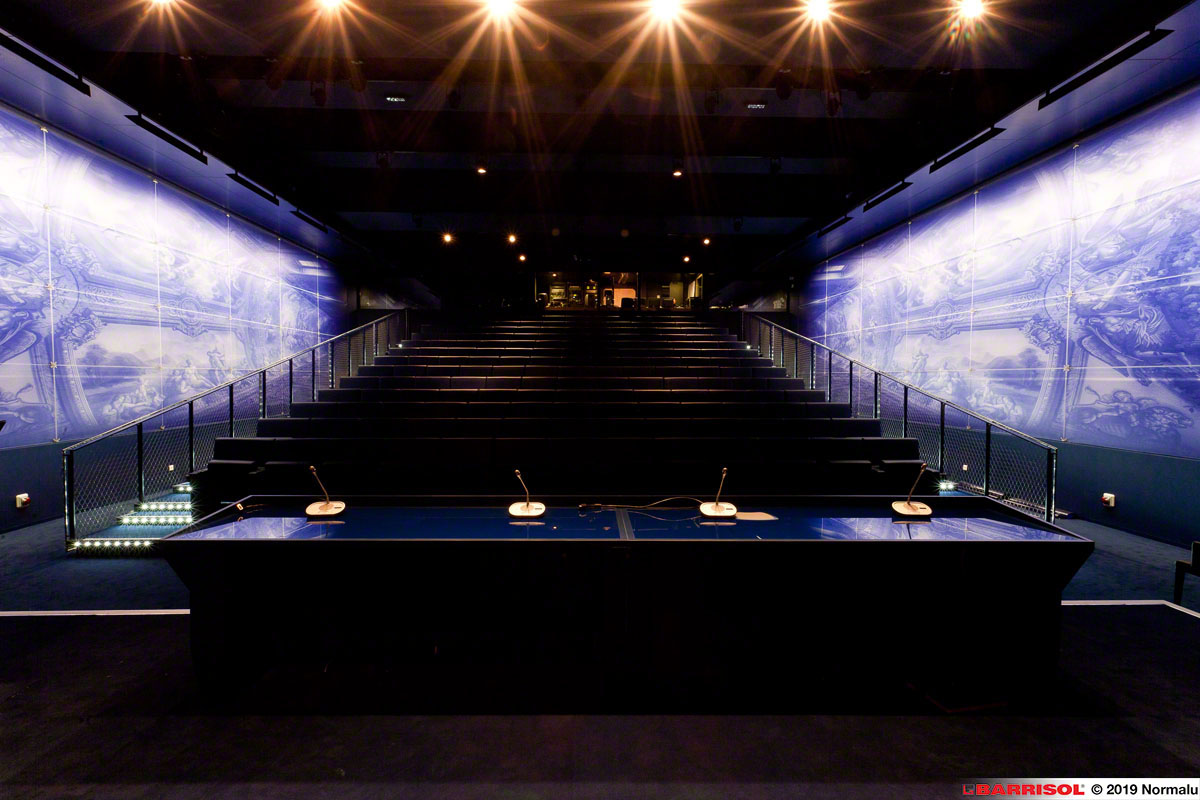 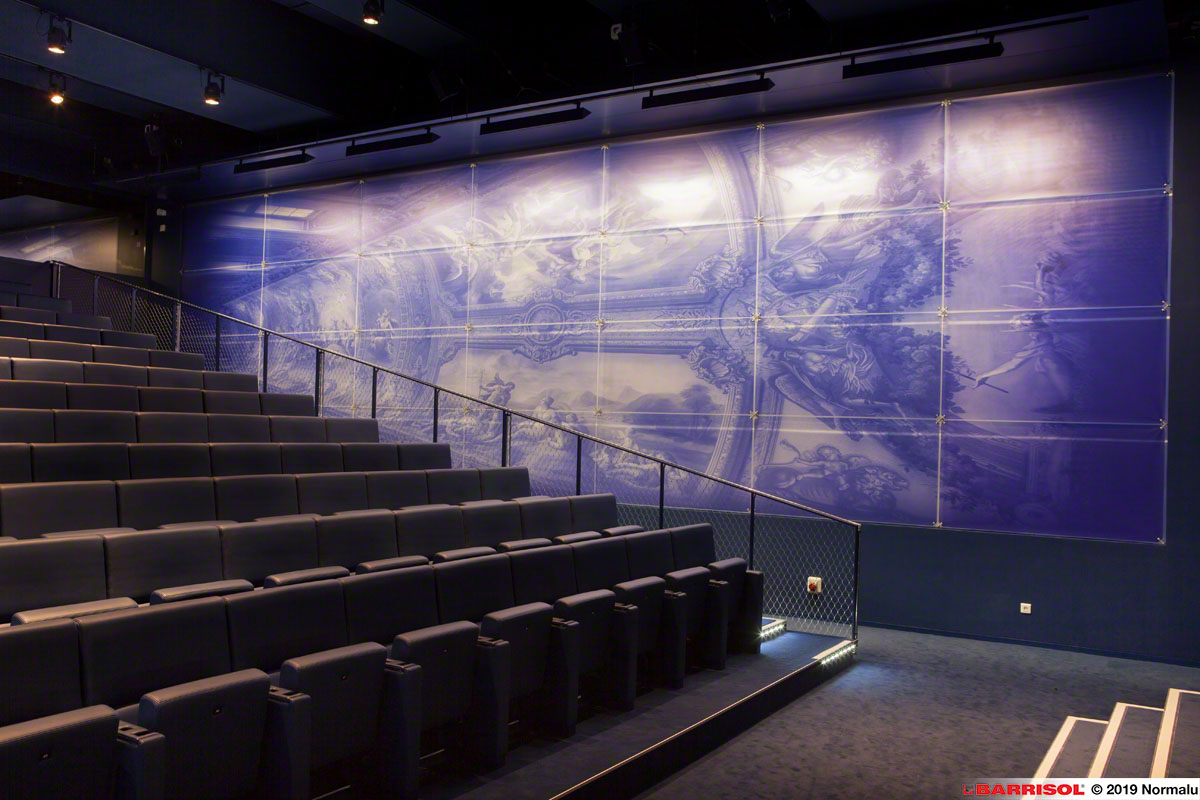 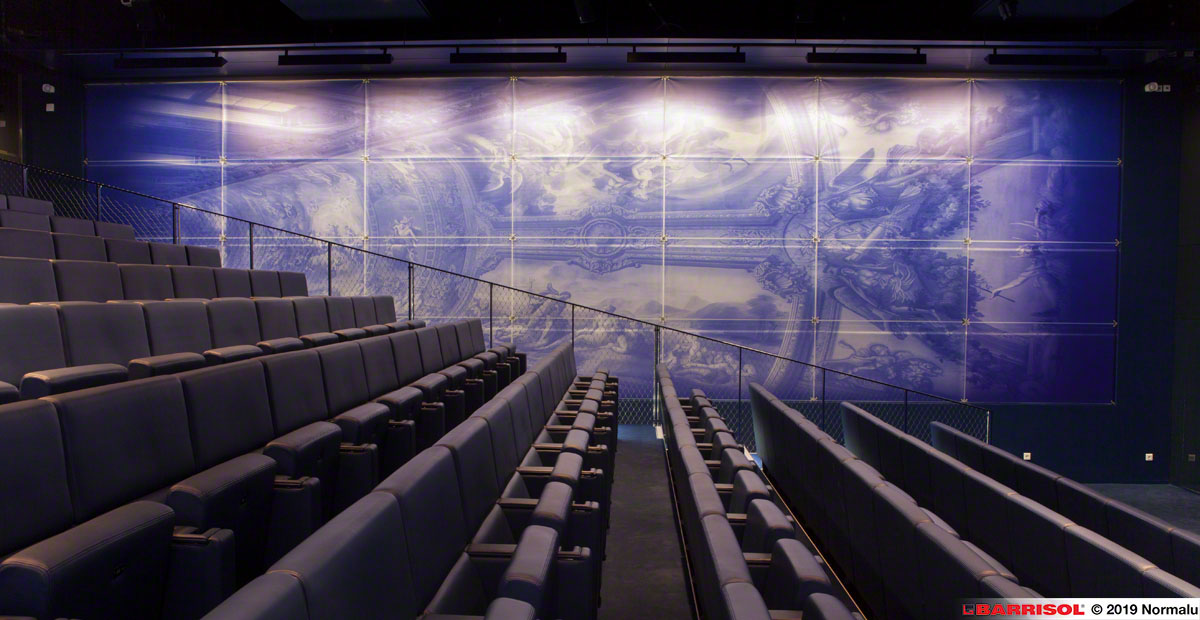 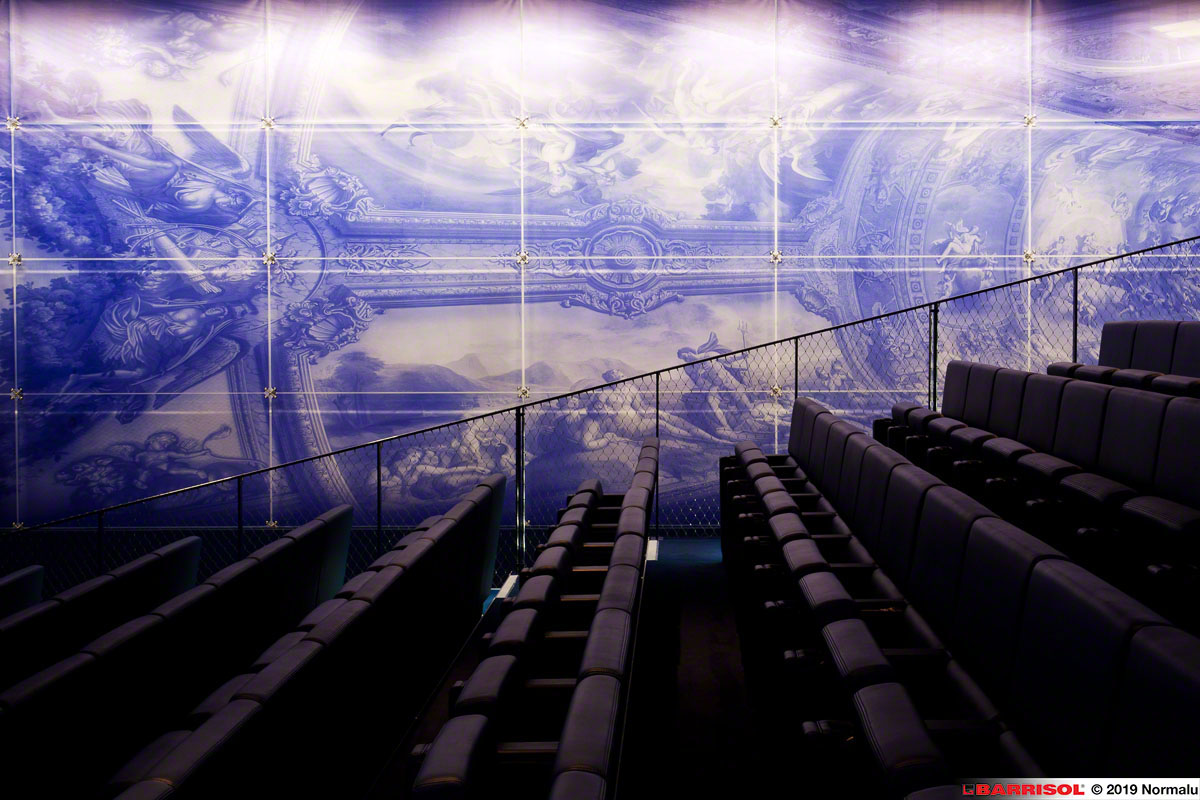 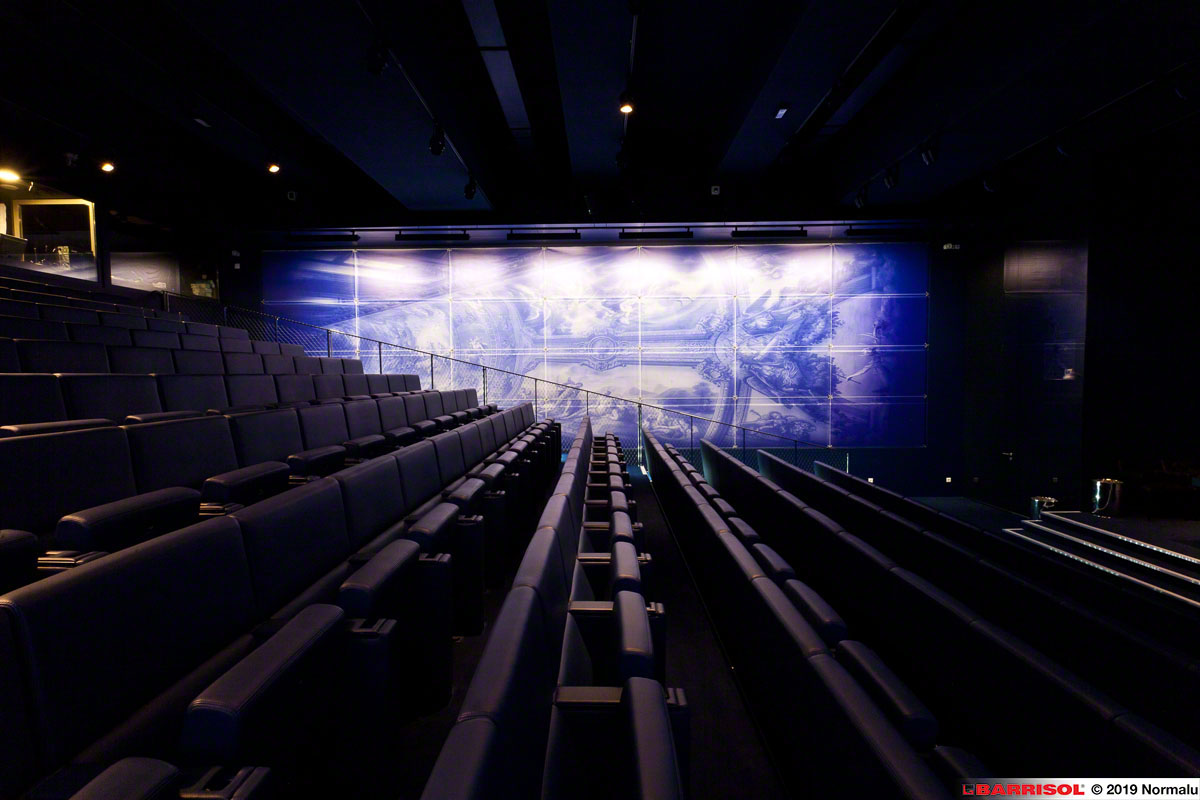 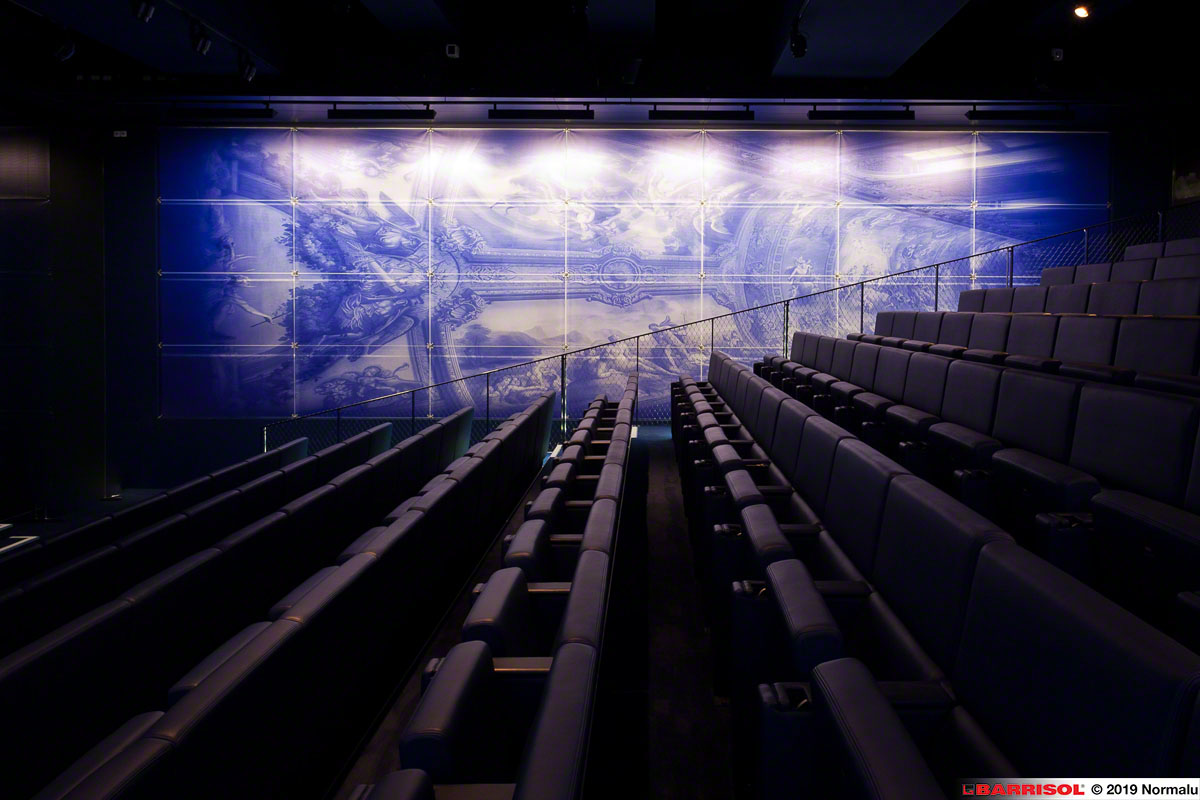 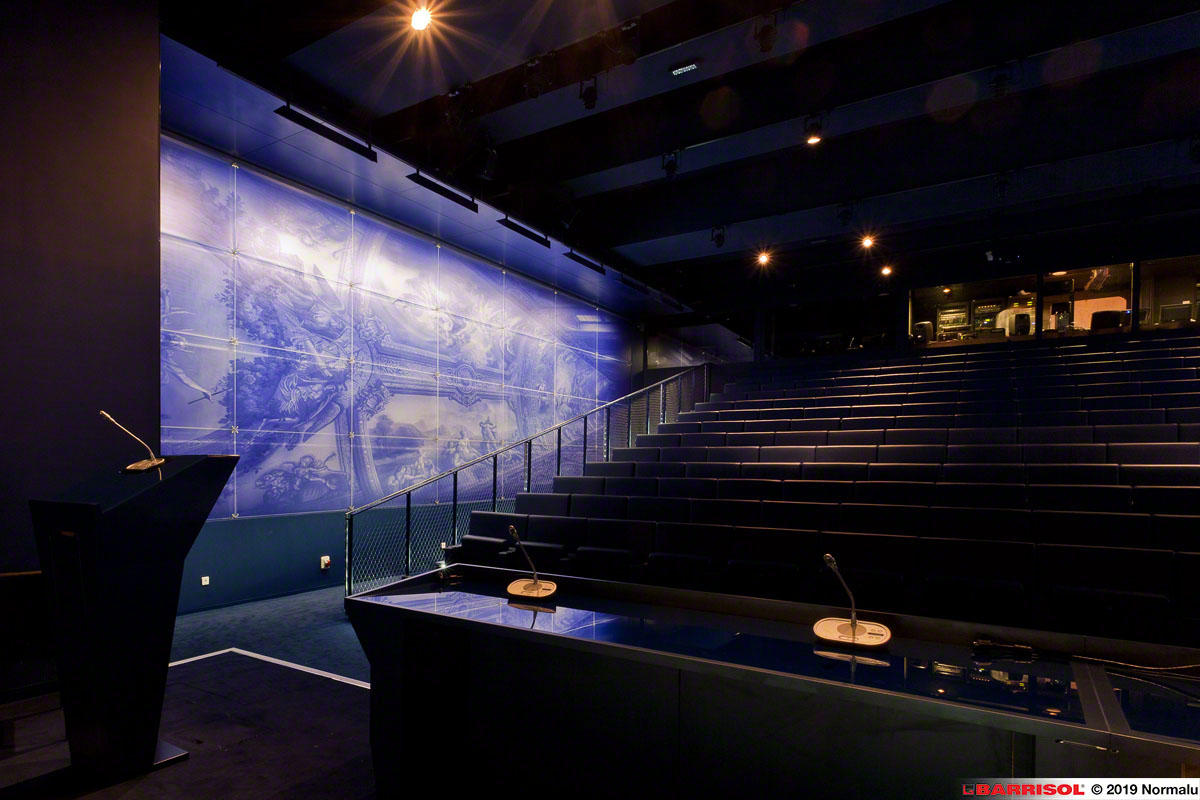 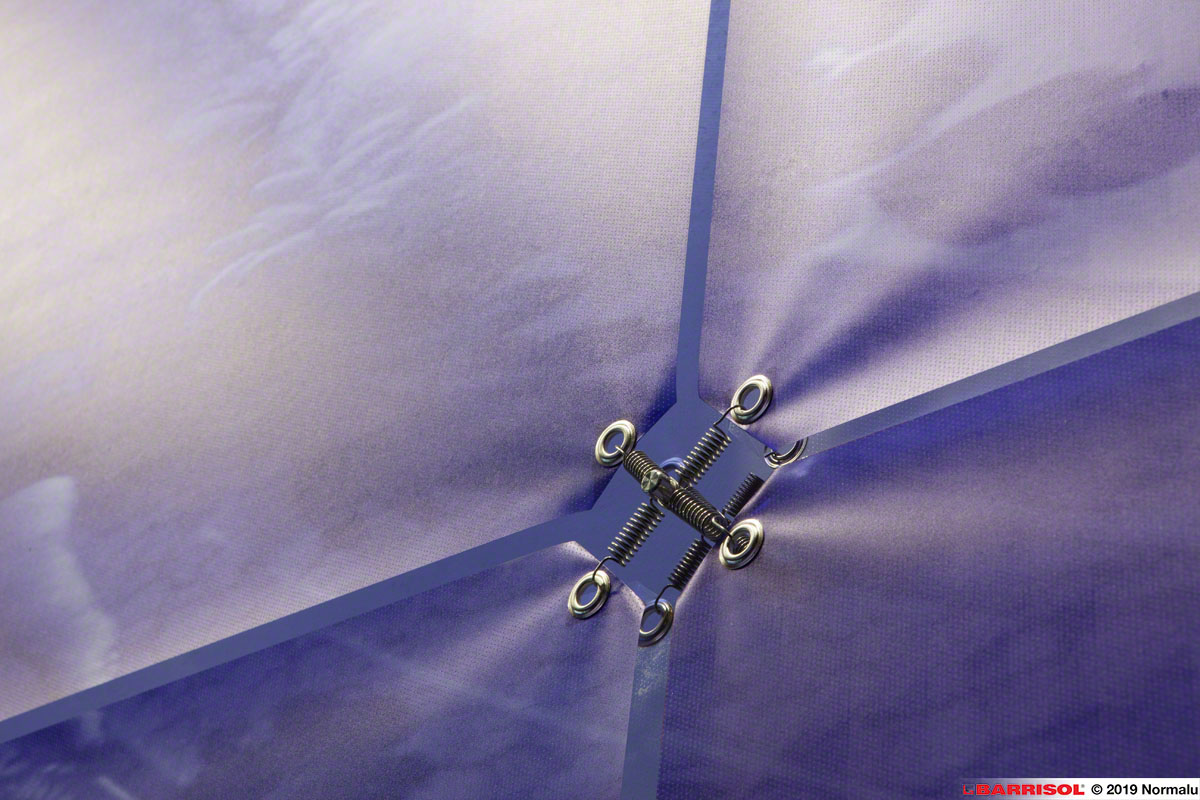 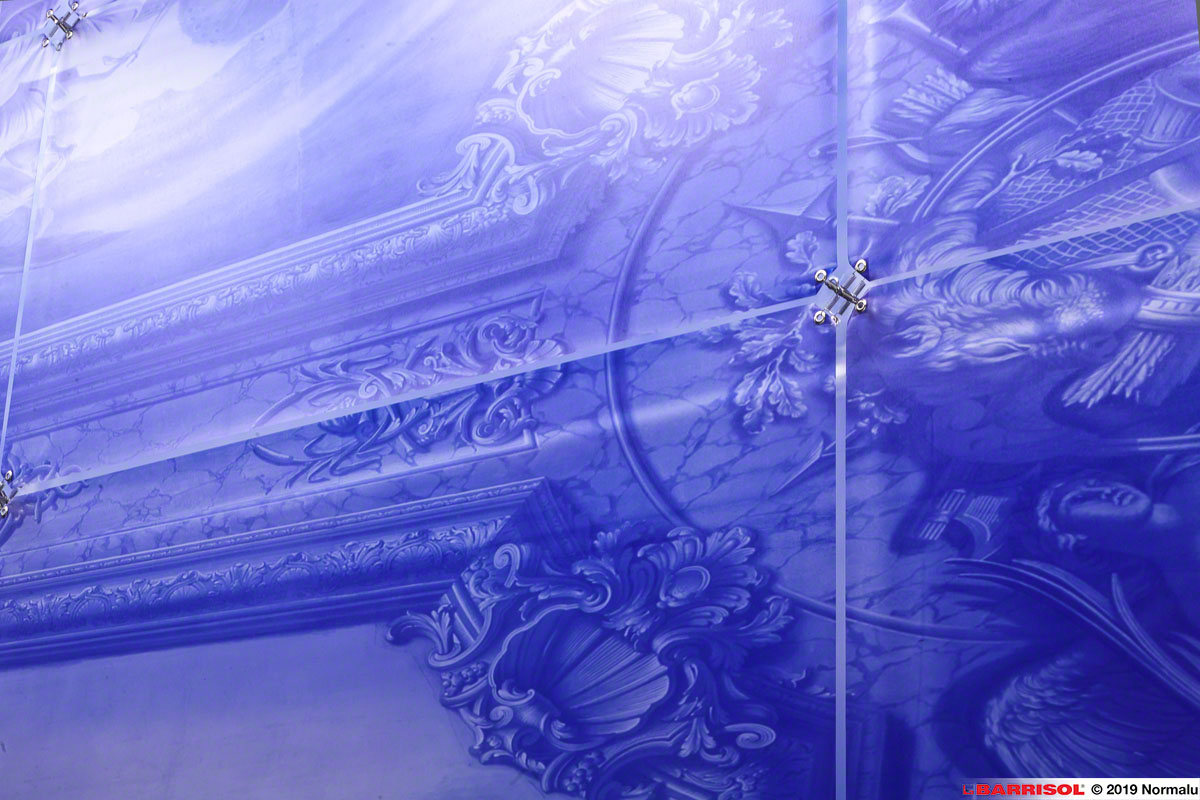 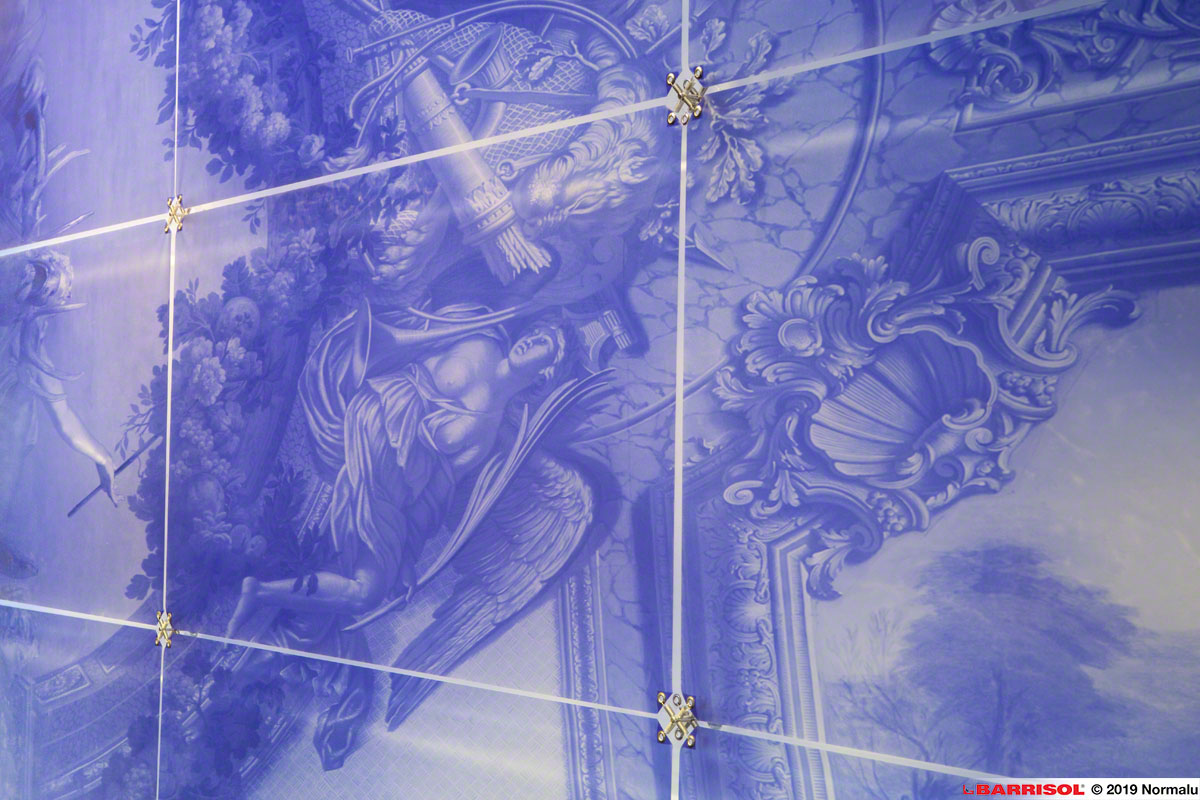