The Grundeigentümer-Versicherung insurance company is situated in the Große Bäckerstraße, right in the centre of Hamburg close to the town hall.  It was founded in December 1891. As a mutual insurance company, its policyholders are not only customers, but, under the statutes, members whose elected representatives sit at general meetings. This gives them more control over the company.  The policyholders are mainly landlords, housing owners and landowners.

You can find more photos in our Gallery.

Some 80 employees (including management) work at the Grundeigentümer-Versicherung insurance company (GEV). In 1995, the company moved from the Paulstraße to settle in the Große Bäckerstraße. In 2010, GEV began the complete restructuring and modernisation of the administrative building. For this project, activity had to be outsourced for a whole year. Work was completed in 2011.

The employees work in what is called a combined office: individual compartmentalised offices, with a central multifunctional piece for office communication.  The workstations are separated by glass walls. To reduce reverberation and floating echo while maintaining transparency, 288m² of transparent MICROSORBER® paintings were installed in a double layer on the walls.

When designing workstations, the client and the architects have placed great importance on intangible factors, called "soft factors" that contribute to the success of the company as a whole: for example, configuration local, visual reports, corporate design and integration techniques by the voluntary use of materials, colours, light and sound sources must be effective and fun to the workplace. Thanks to MICROSORBER® films, this goal has been achieved without difficulty: transparency and acoustic efficiency of the films allow company employees to work in optimal conditions. 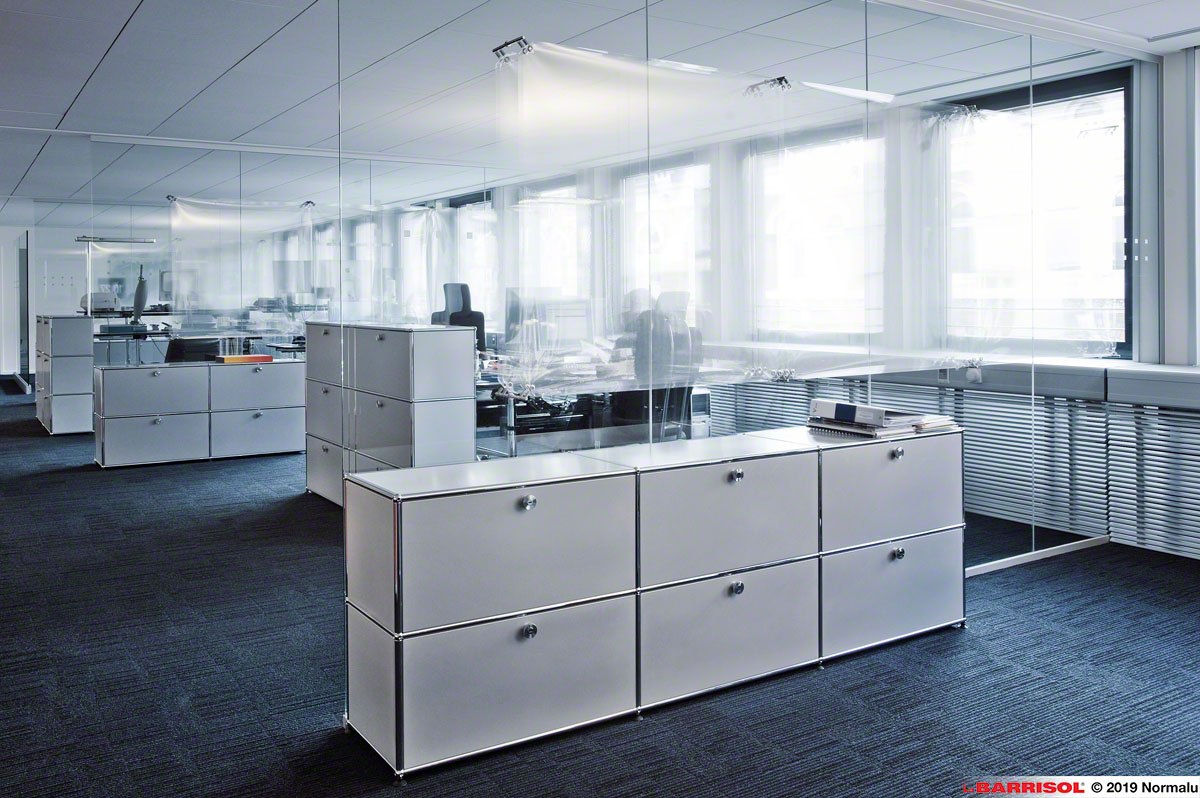 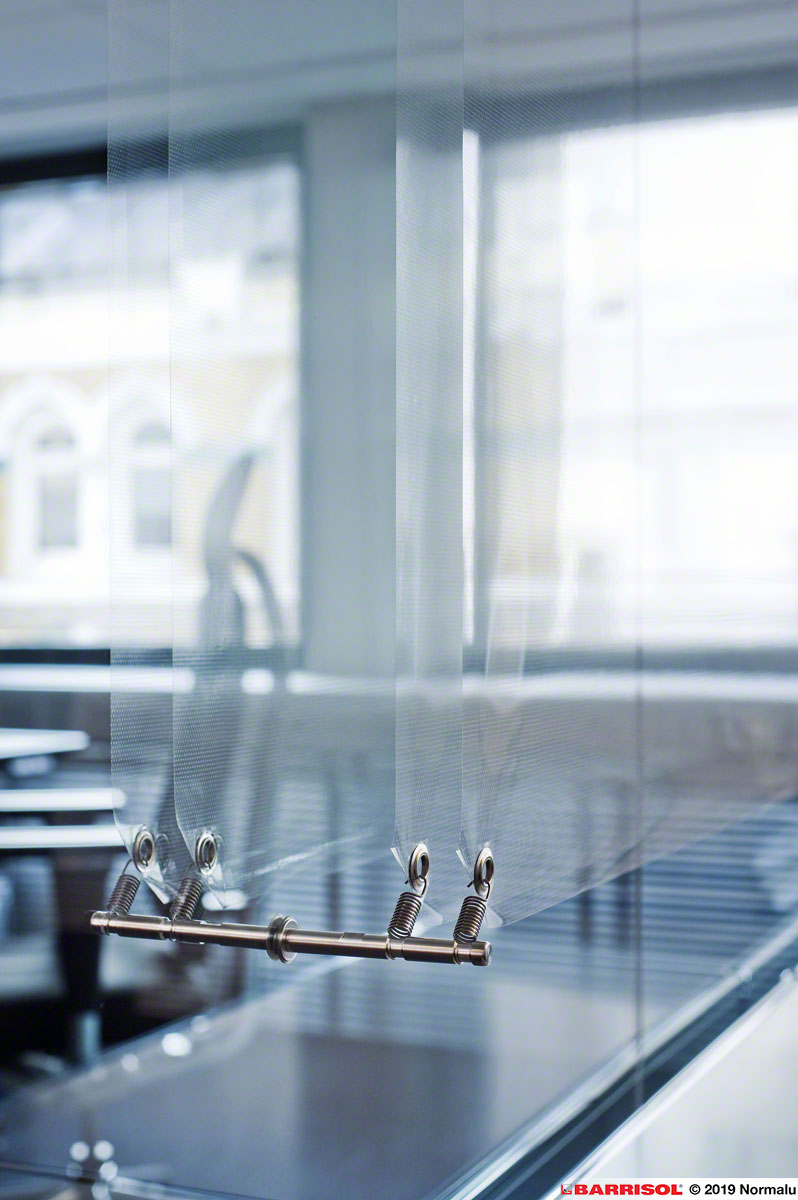 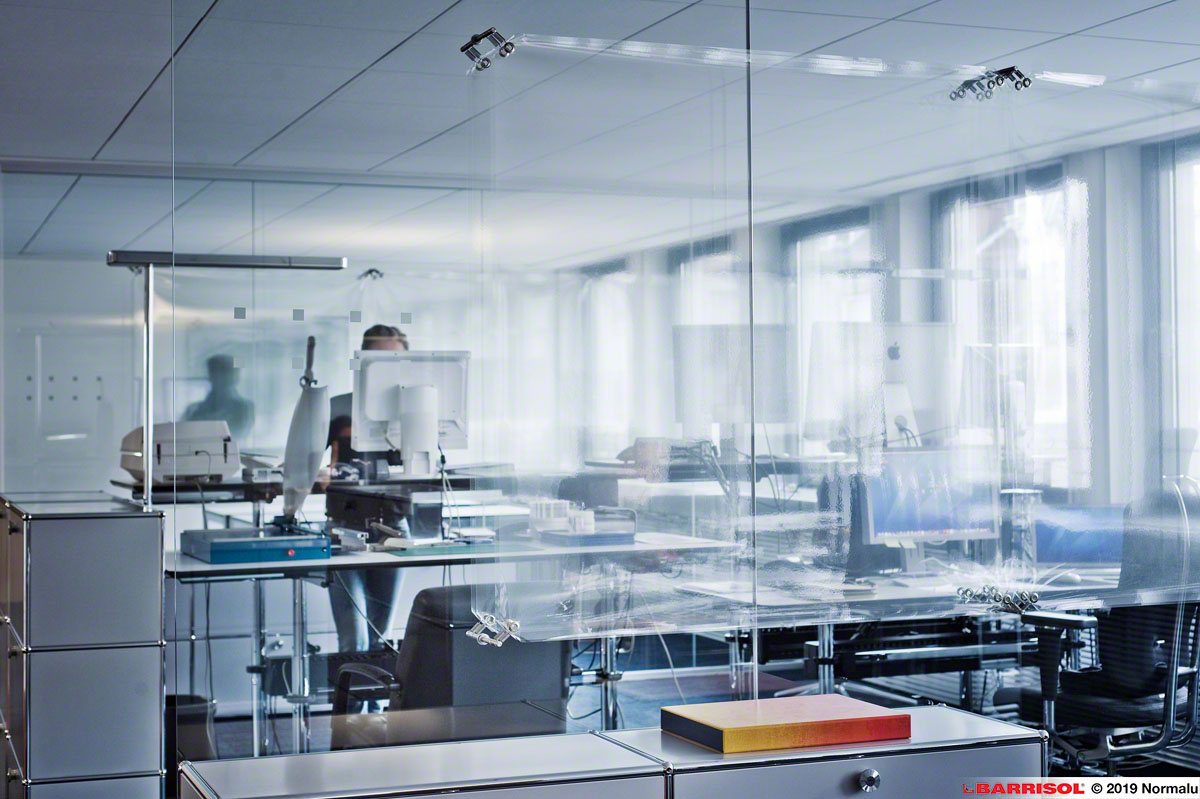 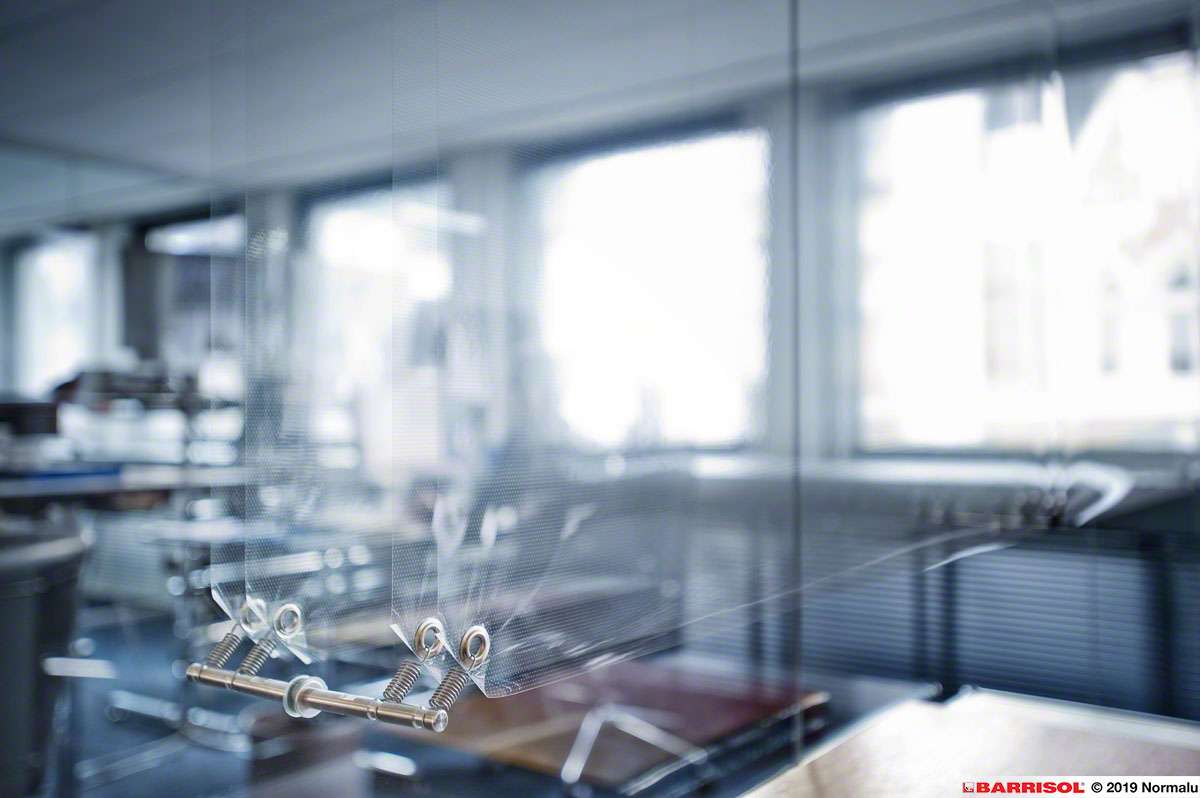 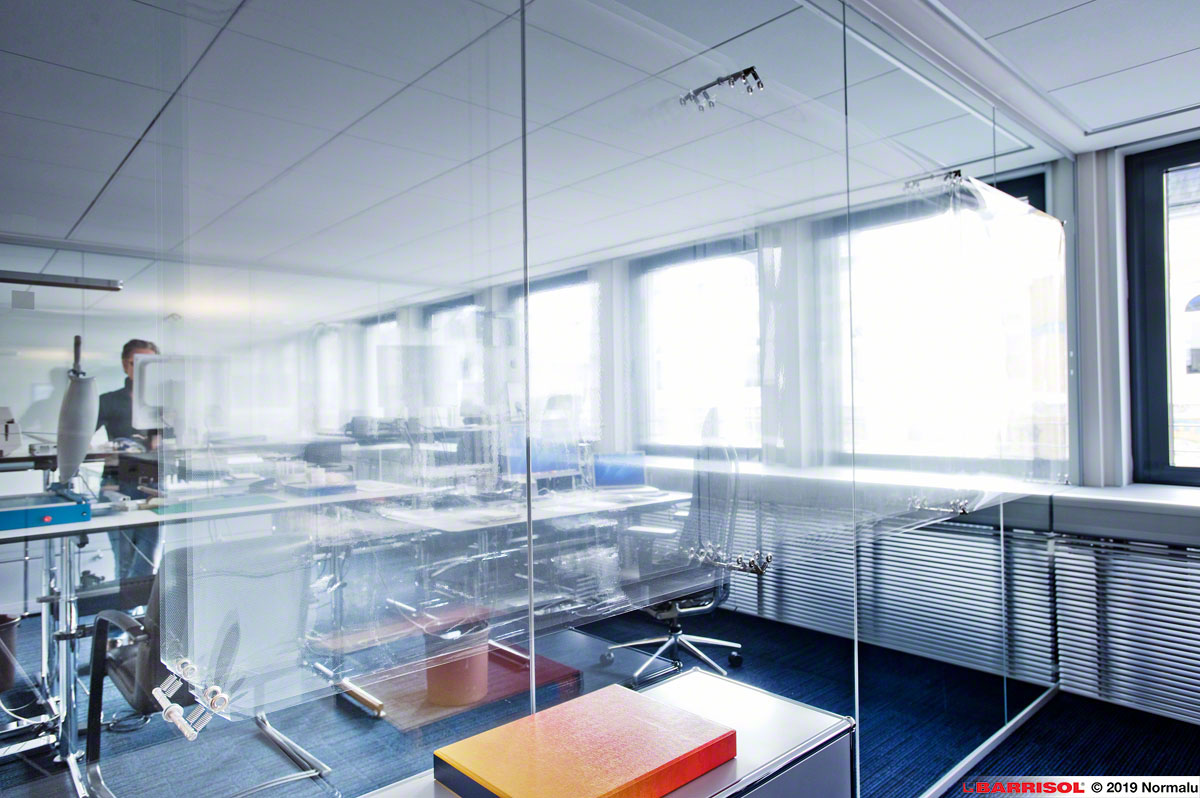 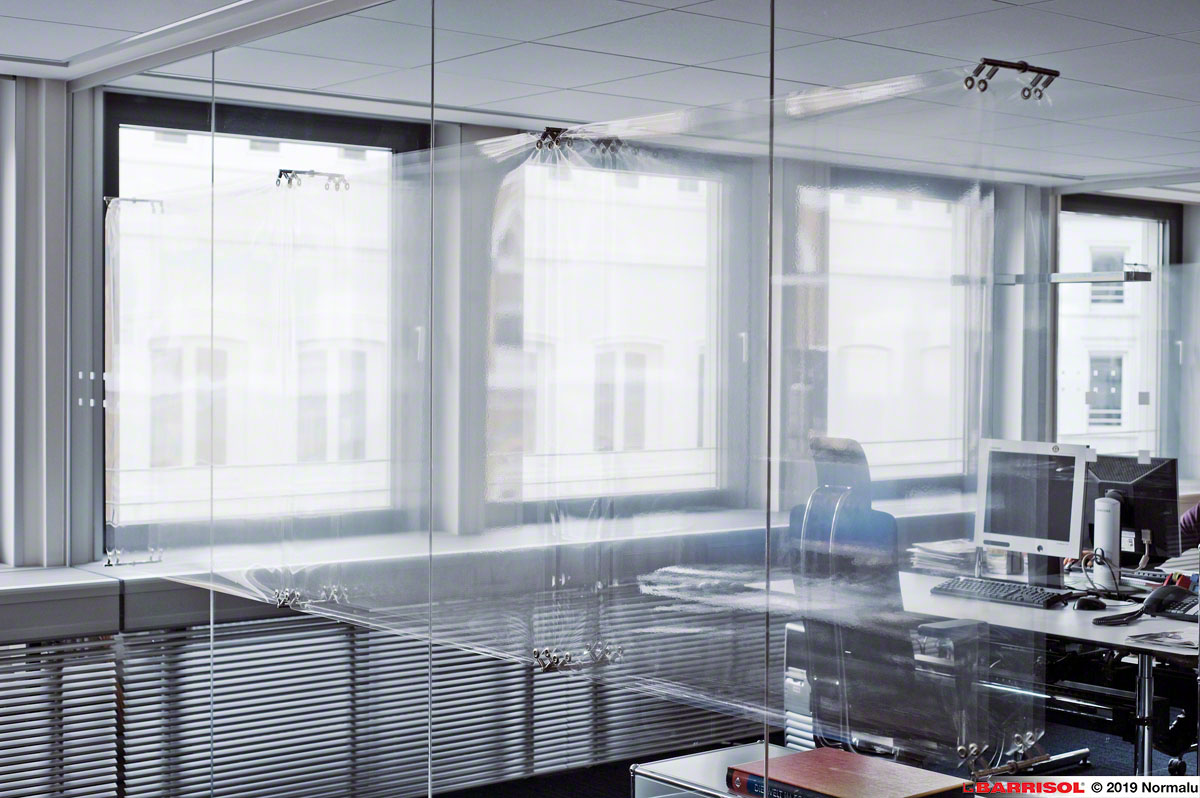 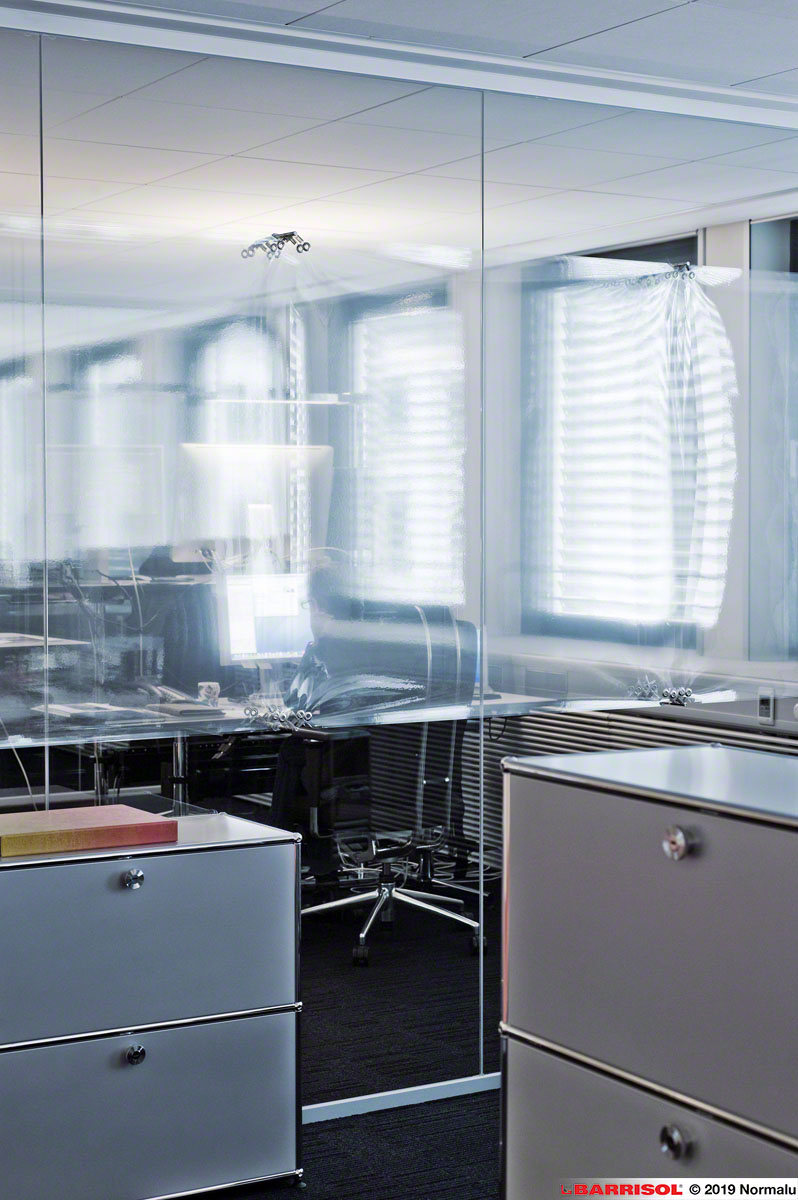 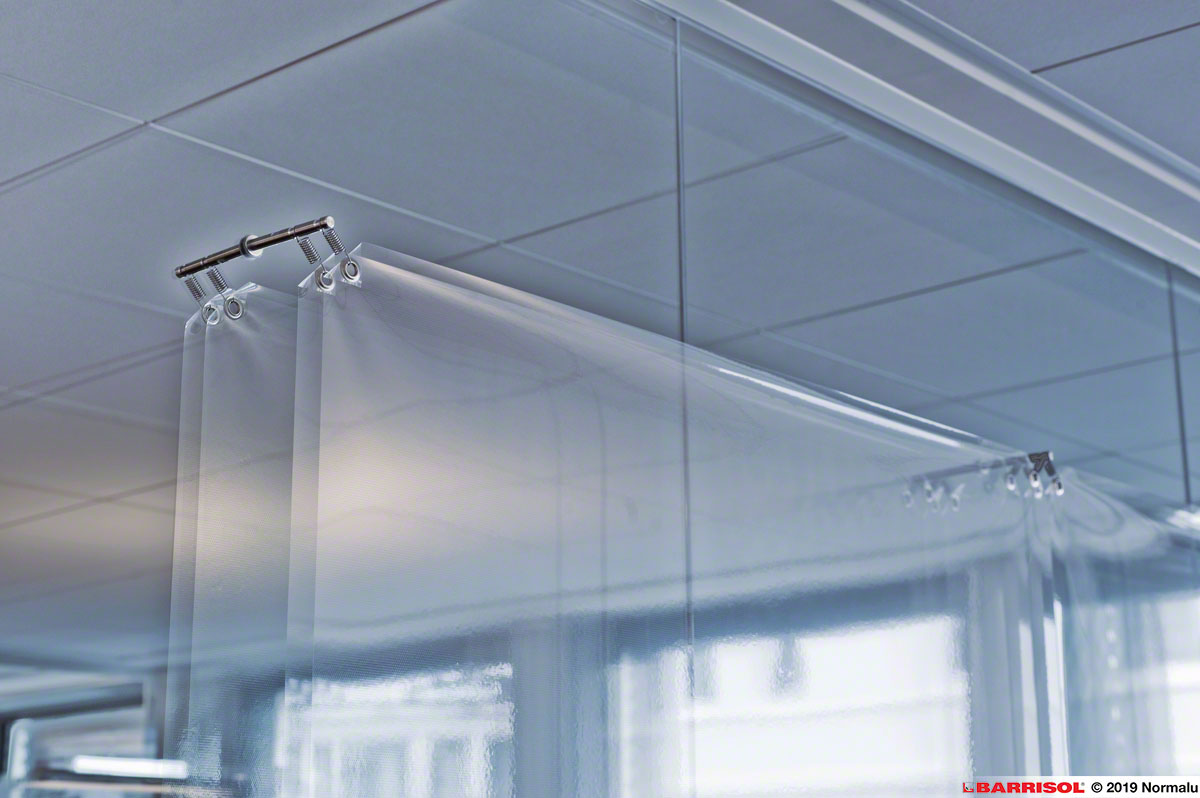 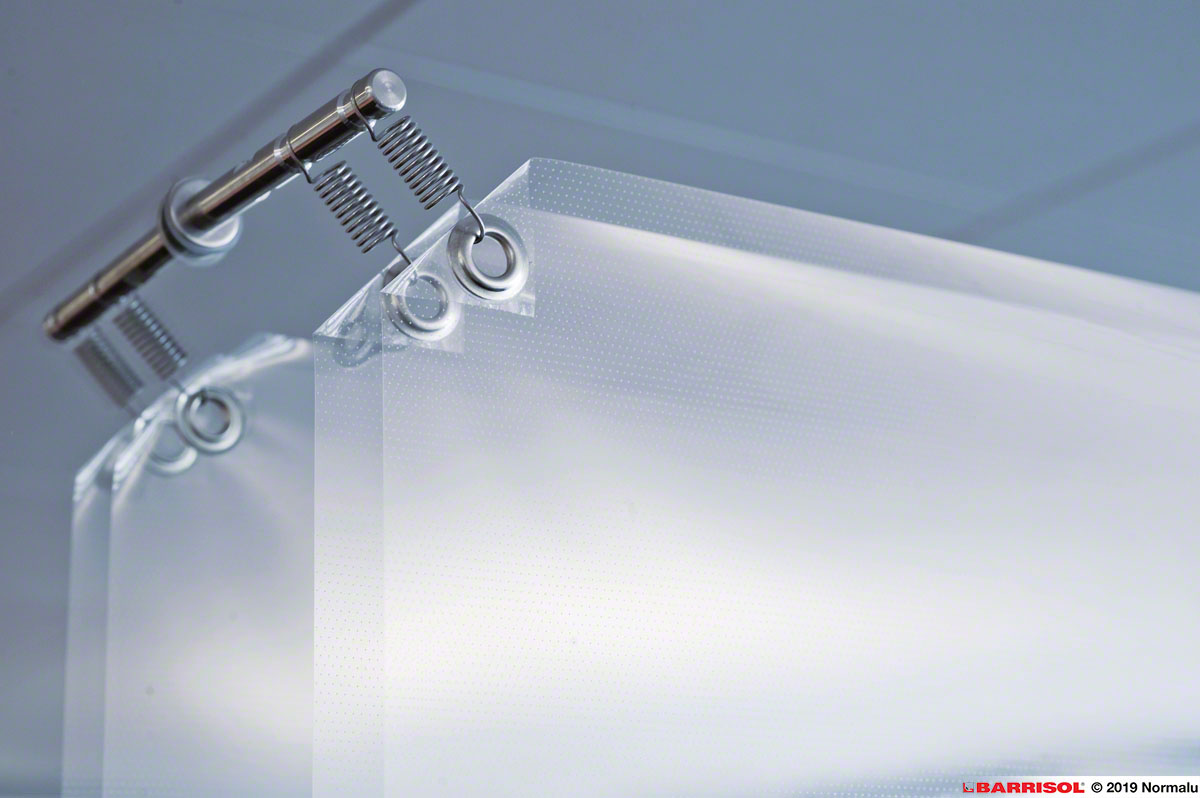 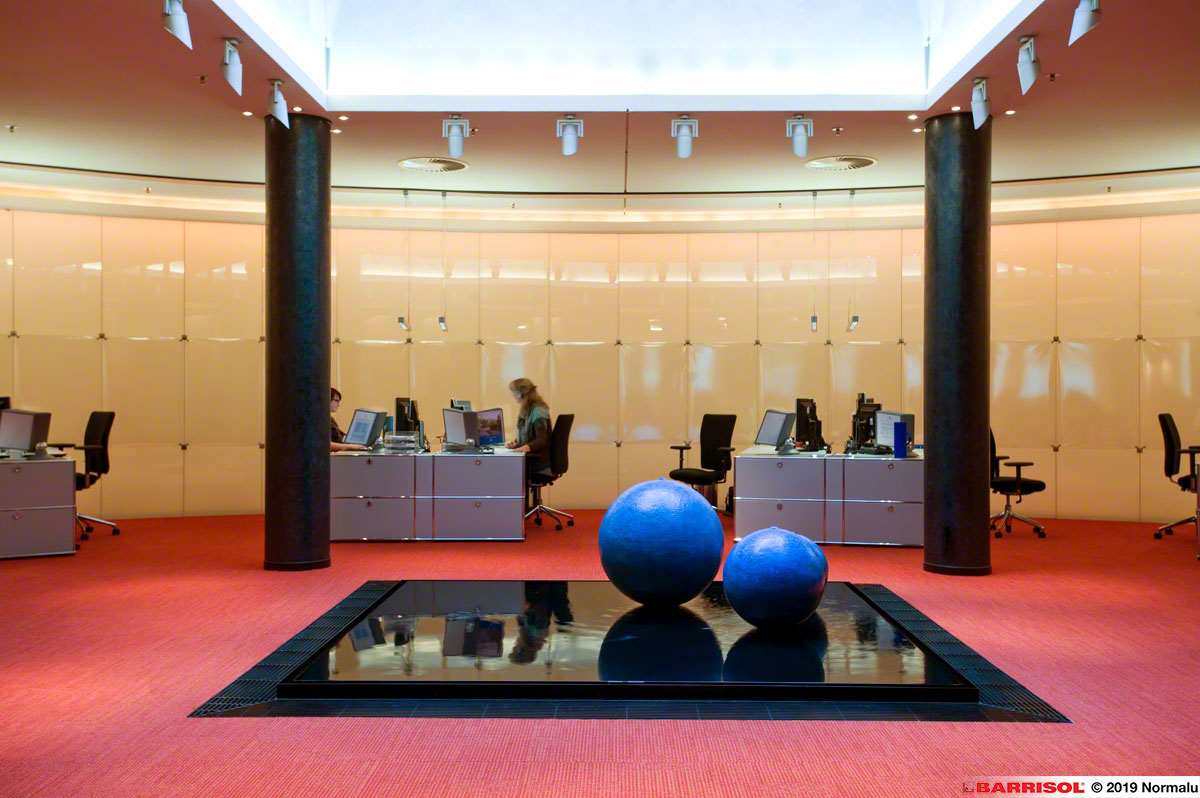 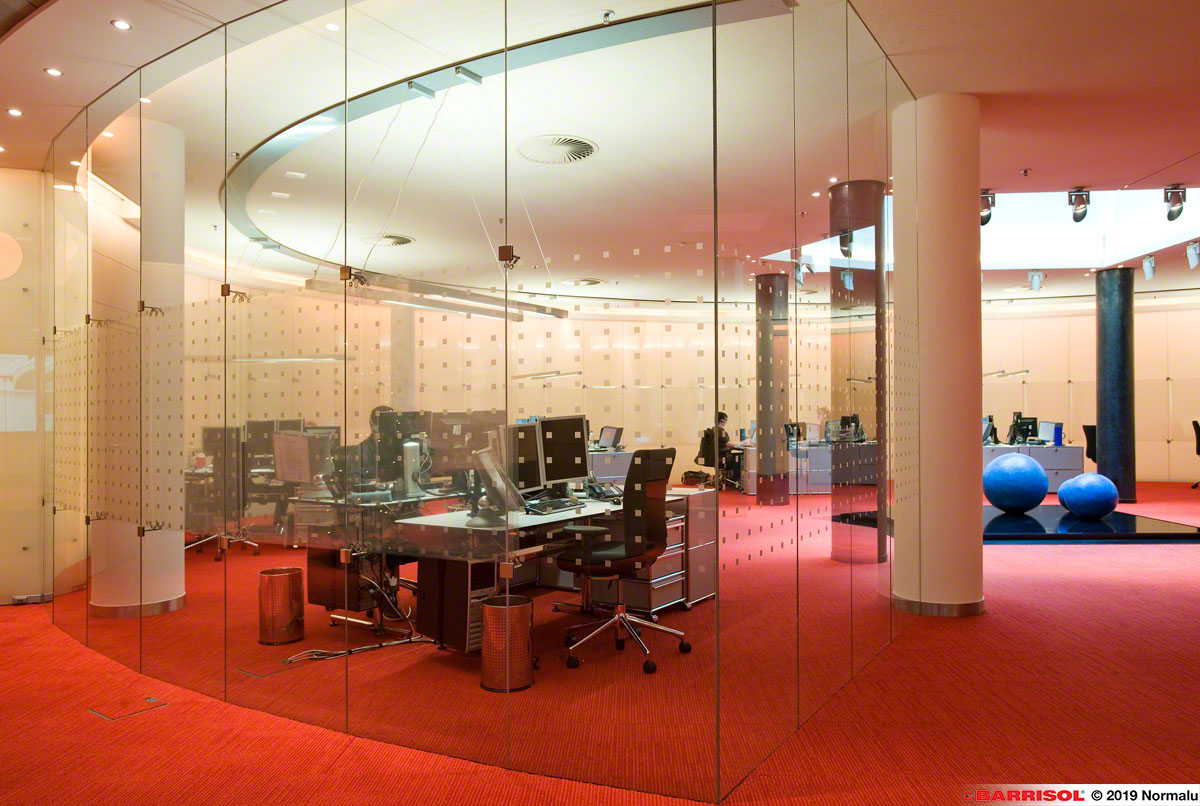 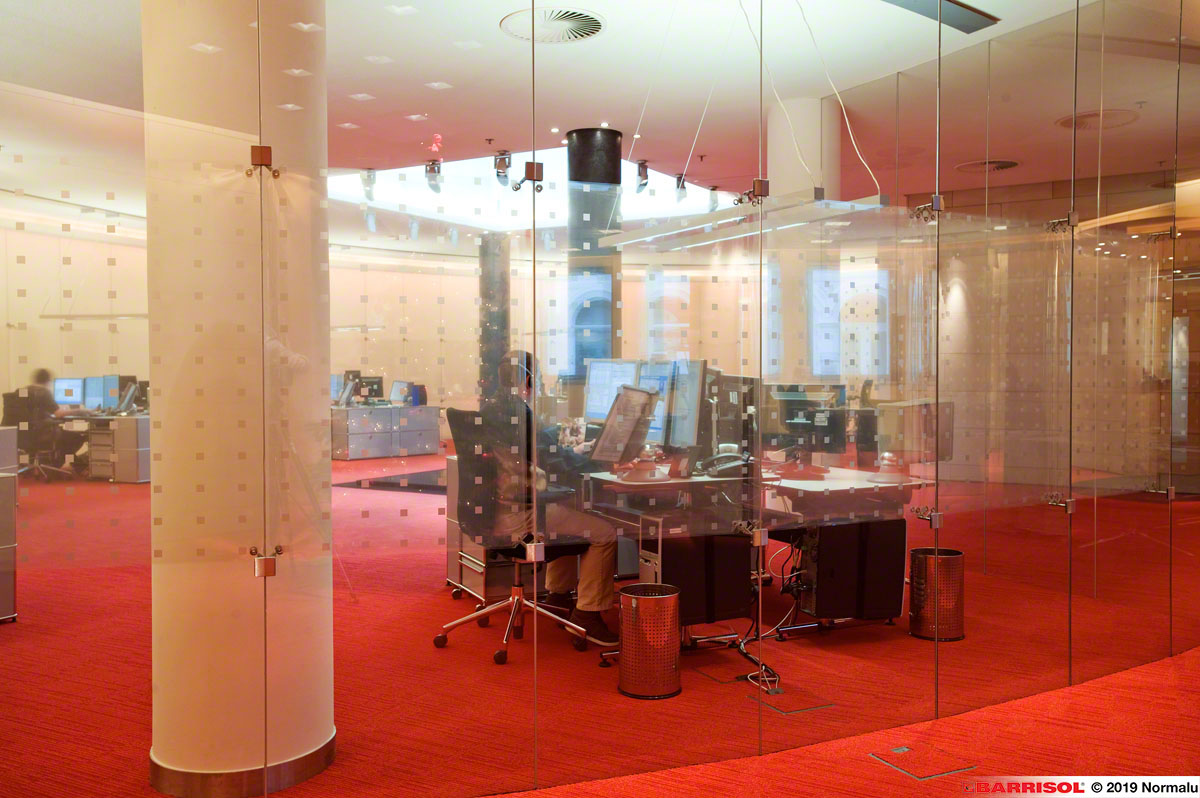 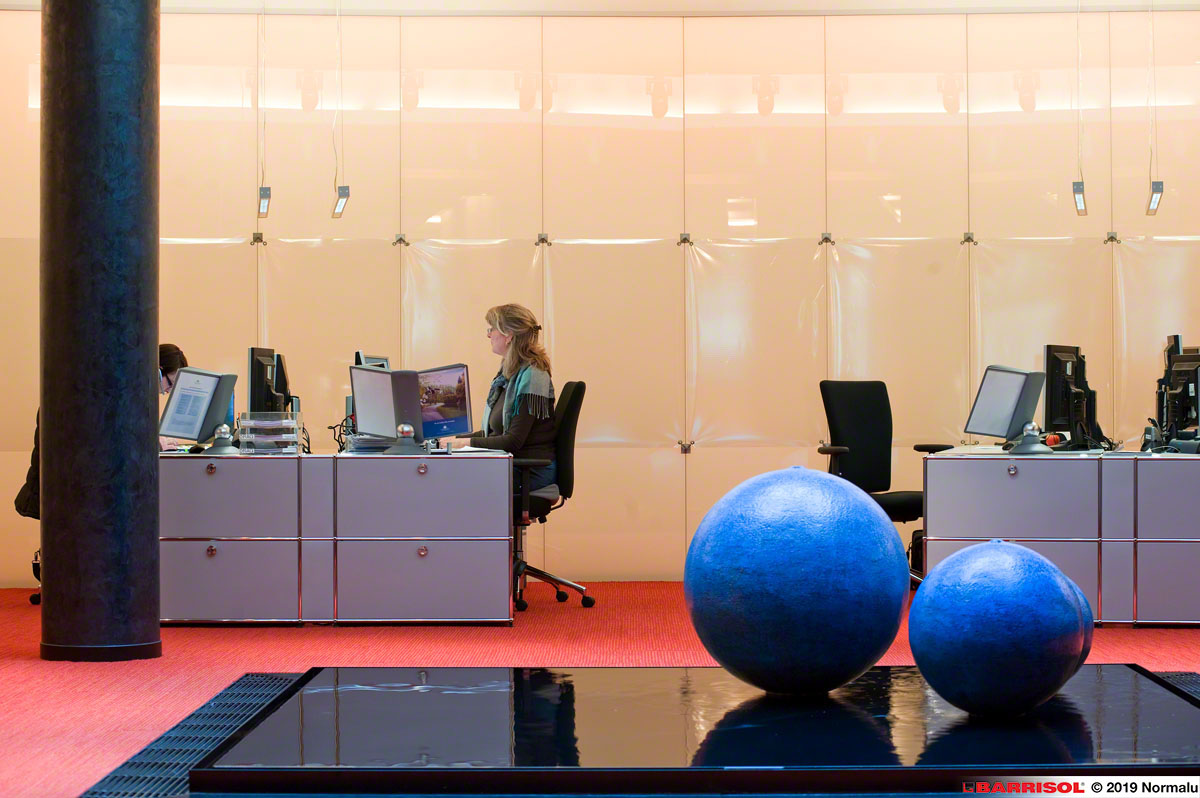