Master of works: The Federal Office for civil engineering and regional planning

I.M Pei is not the only person involved in the original plans for the extension of the high profile German Historical Museum in Berlin.  The roof of the central courtyard of the arsenal was also designed by the American architect of Chinese origin.

Arsenal, designed by Johann Arnold Nering, Martin Grünberg and Andreas Schlüter between 1695 and 1706 the largest Baroque style building in the capital. After being severely damaged during the Second World War, it was completely rebuilt between 1949 and 1965.

So the 41 x 41m patio can be used throughout the year for all kinds of events, it was designed with a new granite floor and covered with a grid shell with double curvature glass.

Following completion of the glass roof, it turned out that the reverberation time was too long and that floating echo problems manifested themselves, due to the lack of sound absorbing surfaces.

An acoustic expert showed that it would not be possible as events, with or without musical performance, are held even with electroacoustic means.

A net made of steel cables and metal rods with an edge length of only 27m was set at the edge of the glass dome. Two film MICROSORBER® layers were set at a distance of 15cm from each other.

New measurements made after the installation of  MICROSORBER® sails showed it was possible to improve the acoustics of the room in the expected proportions. Reverberation time has been reduced by an absorbing effect and therefore the level of refraction of the film, so that nothing precludes the use of the Schlüterhof for concerts, conferences and receptions.

Through the filigran network and primarily through MICROSORBER® transparency films, the aesthetics of the roof remained intact. 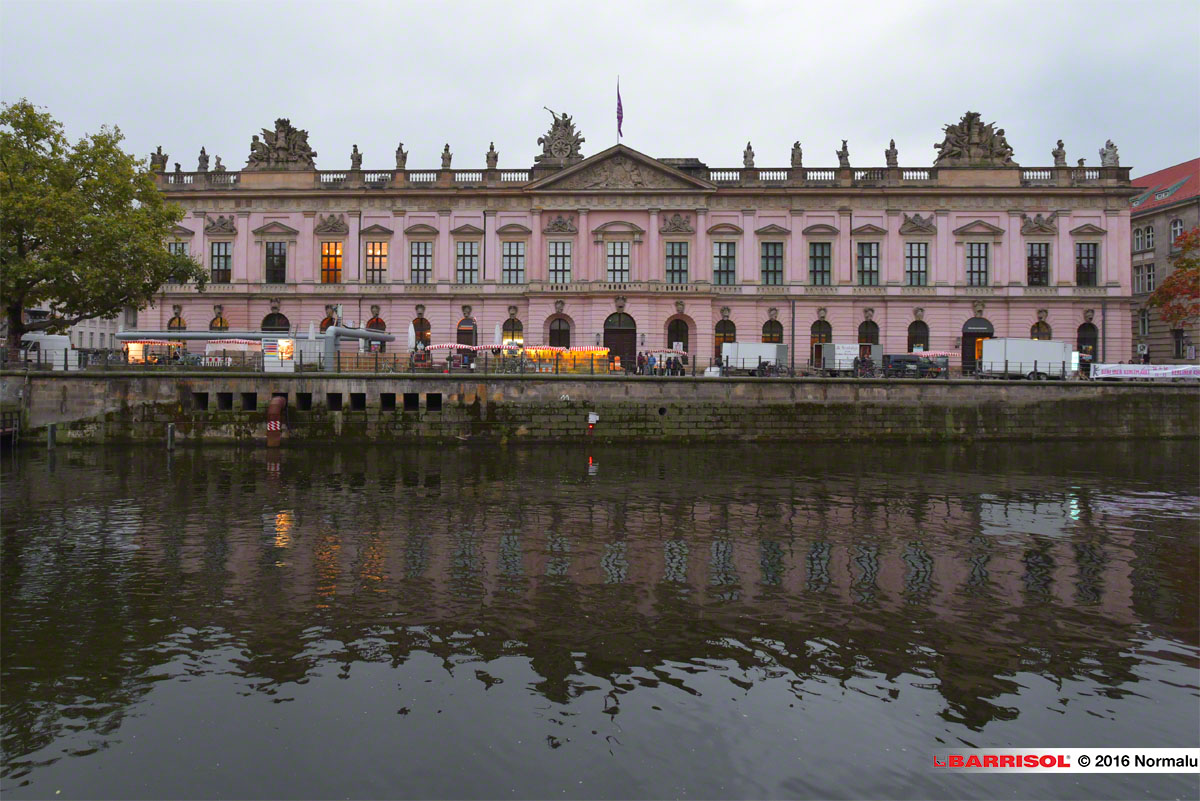 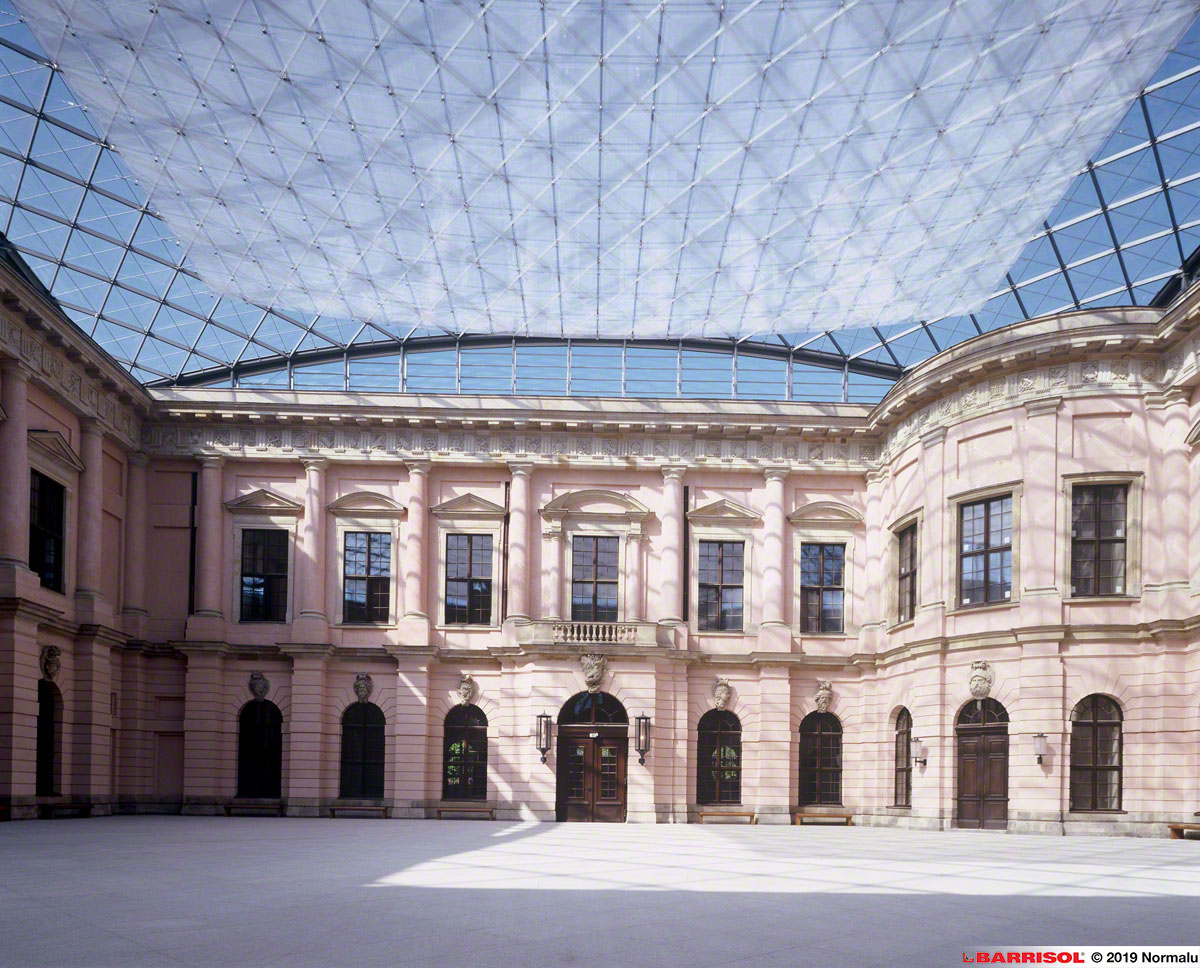 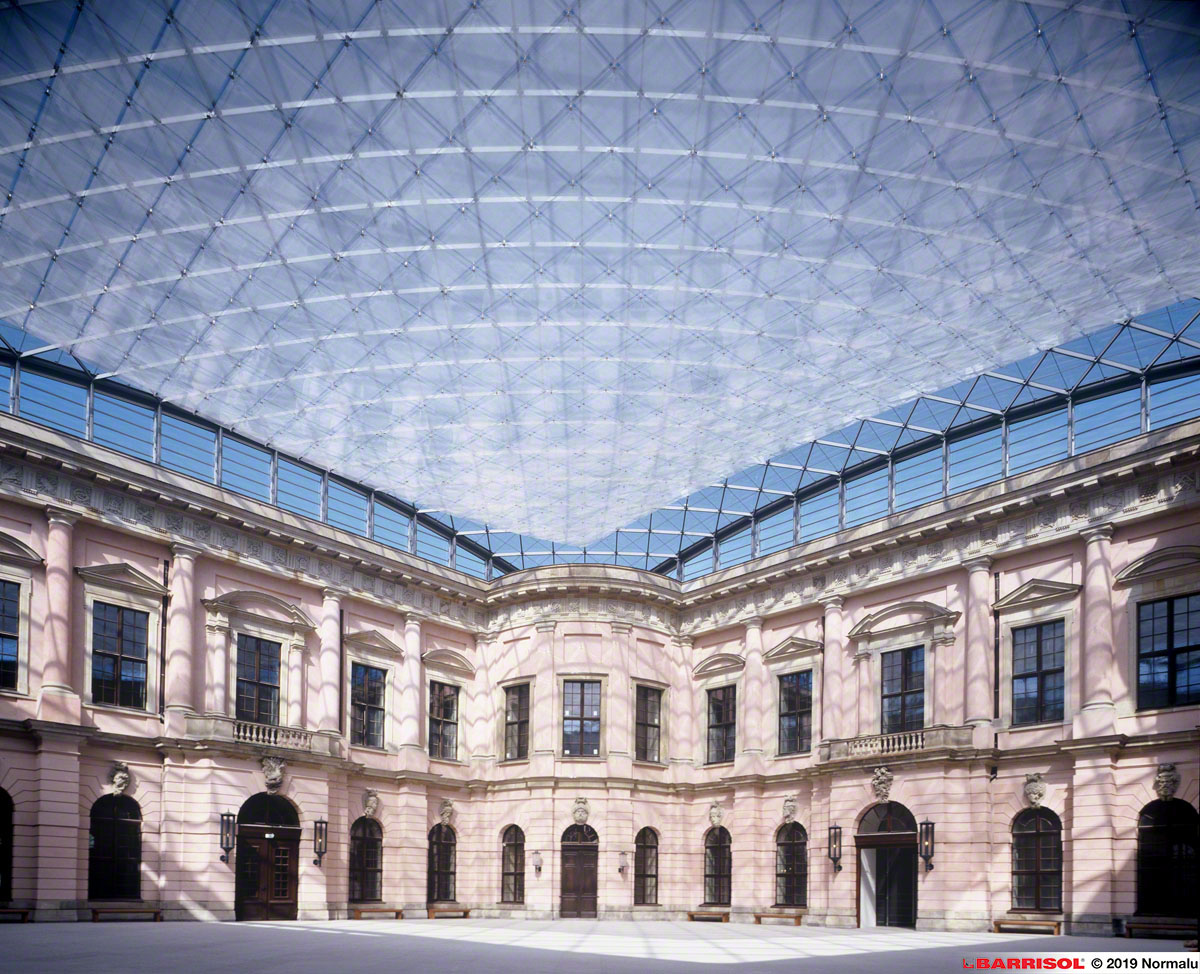 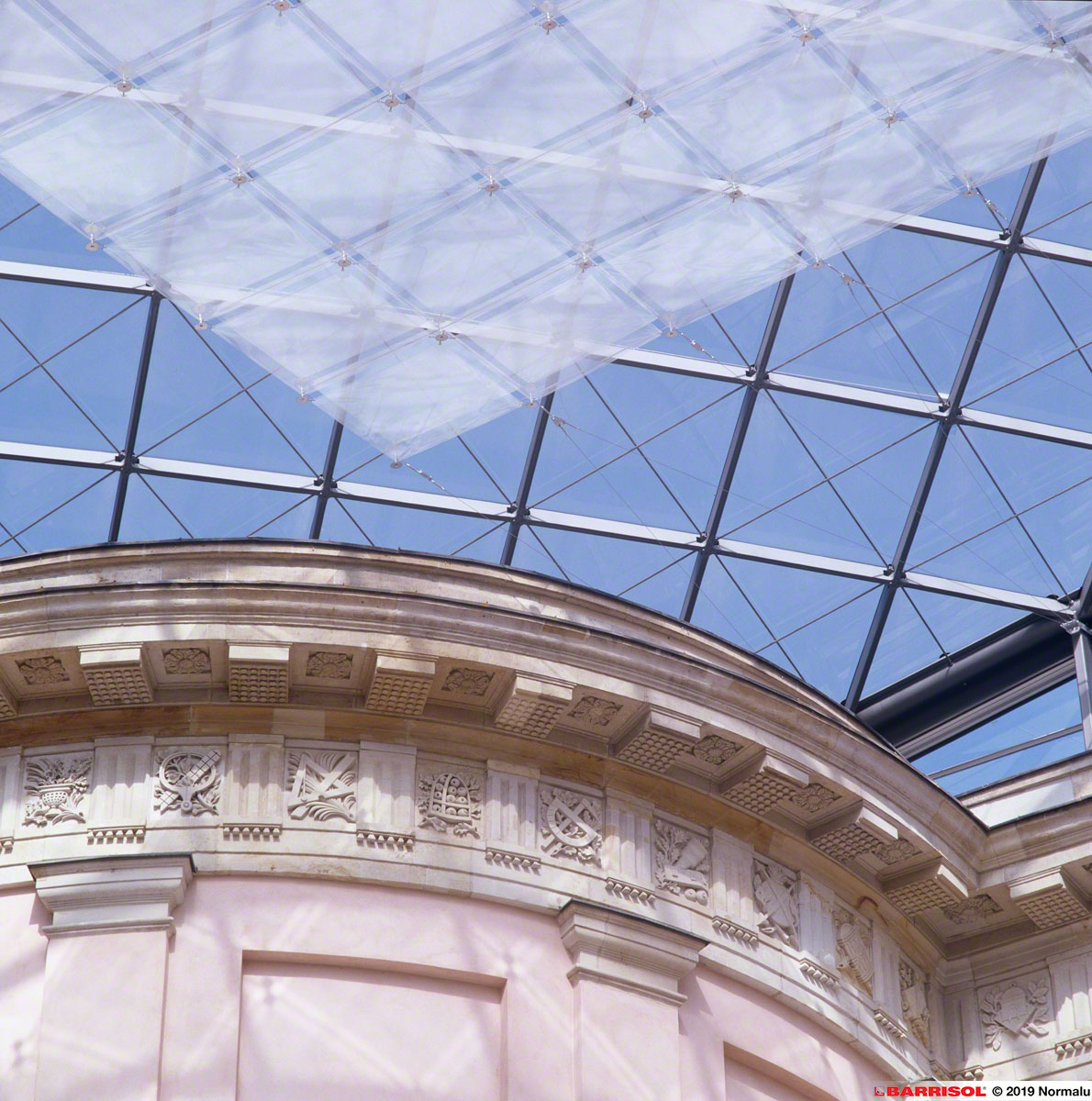 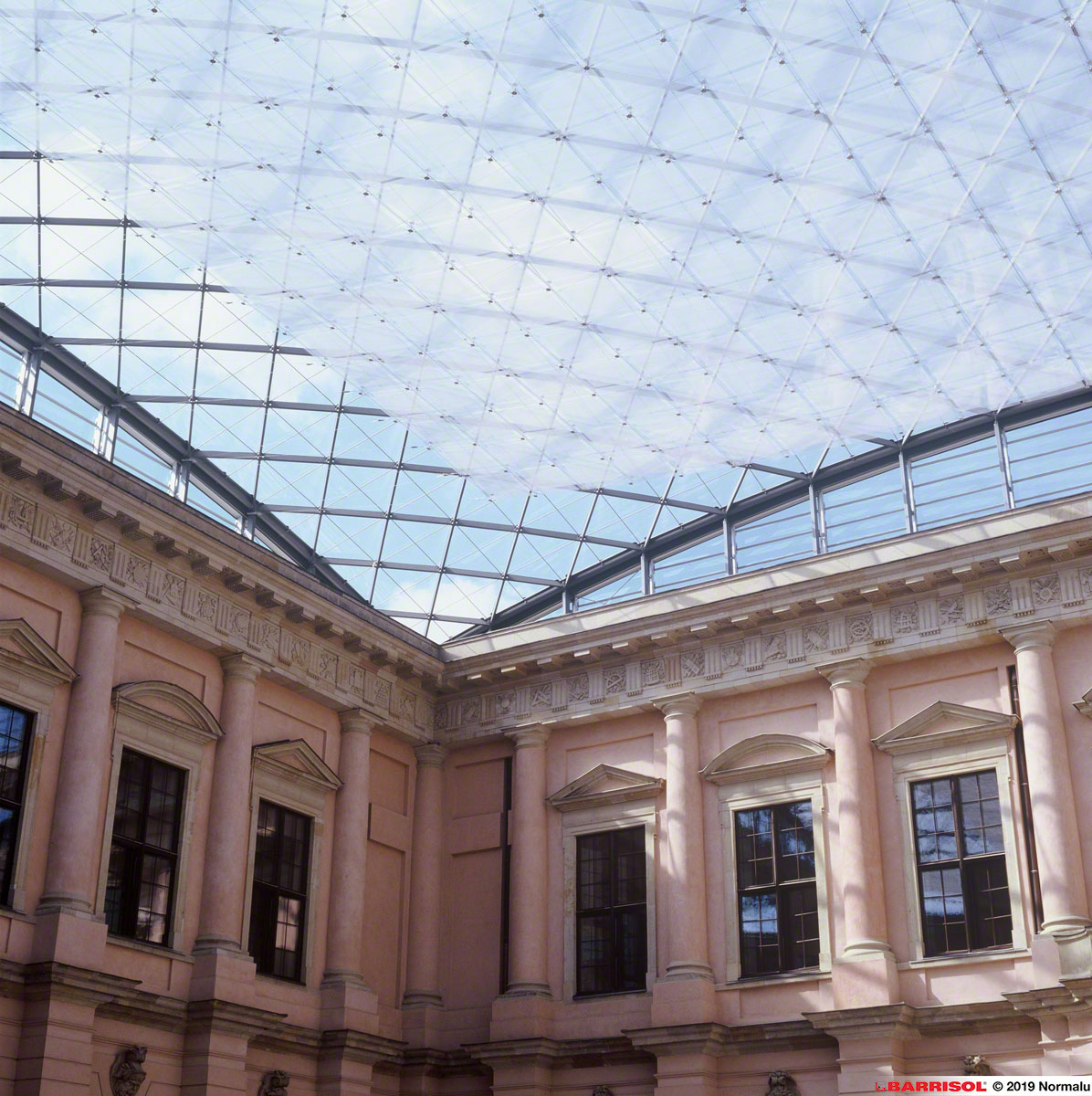 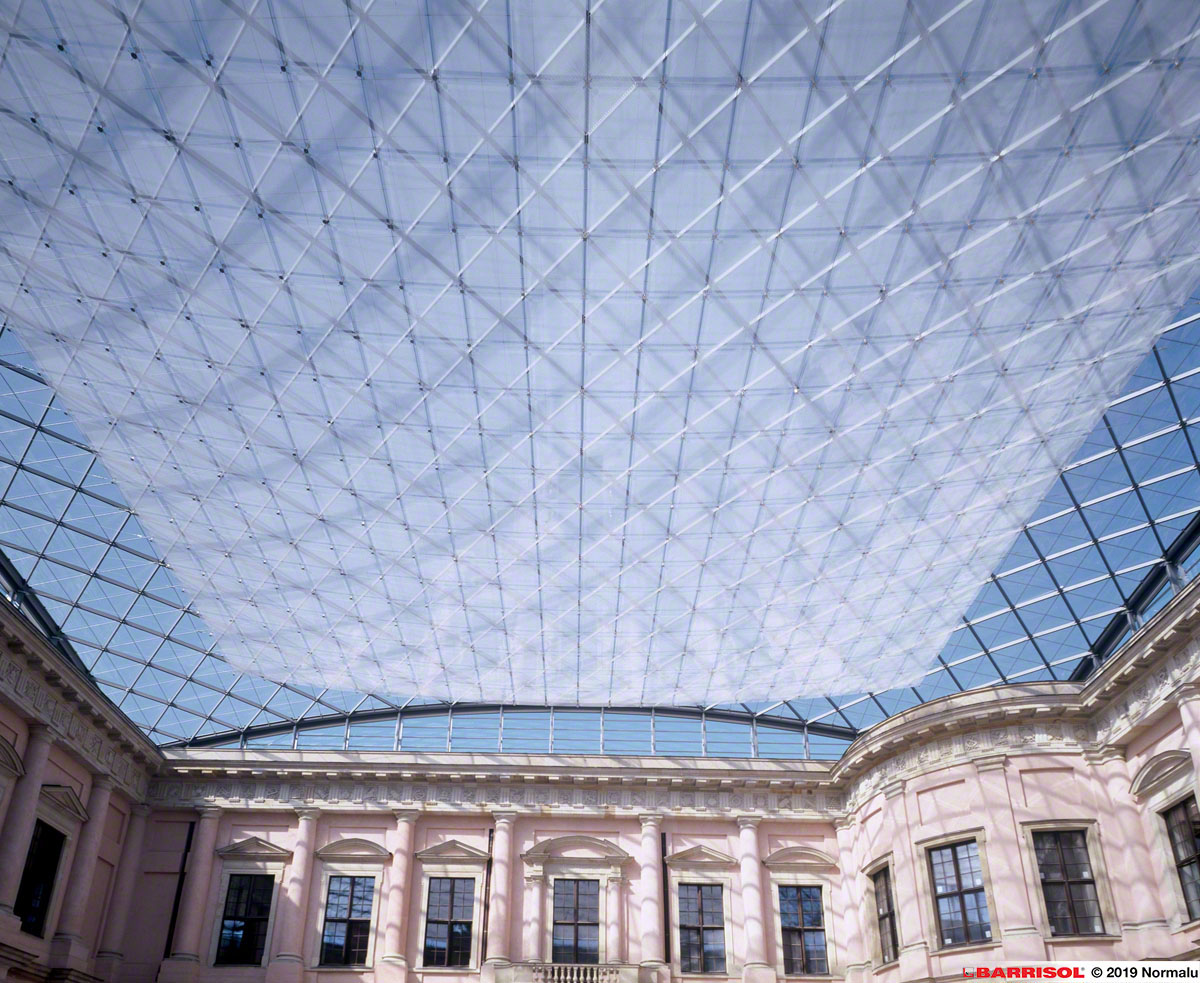