(previously the head office of Compunet)

CC CompuNet, which was still then the German subsidiary of the IT infrastructure company Compucenter, opened its new main office in the Ratingen Business Part in November 2004.  This five-storey office complex with a floor space of 7000 square meters houses offices for more than 900 computer technicians, conference and training rooms, as well as workshops and storage areas.

The management wanted the space solutions are as modern as the technology used so that employees benefit from an optimal working environment. Specifically, the challenge was to optimise the acoustics of the large office equipping it with thermoactive ceilings for offices for 40 employees.

"Büro konzepte" has performed this task using MICROSORBER® films with a size of 1 x 1m, were set in double layer from the ceiling with spacers and visible balancers. Arranged in square or rectangular, they come with elegance, which defines the space.

MICROSORBER® films have been used in places where they guarantee balanced acoustics: partition panels, meeting rooms and other specific areas. 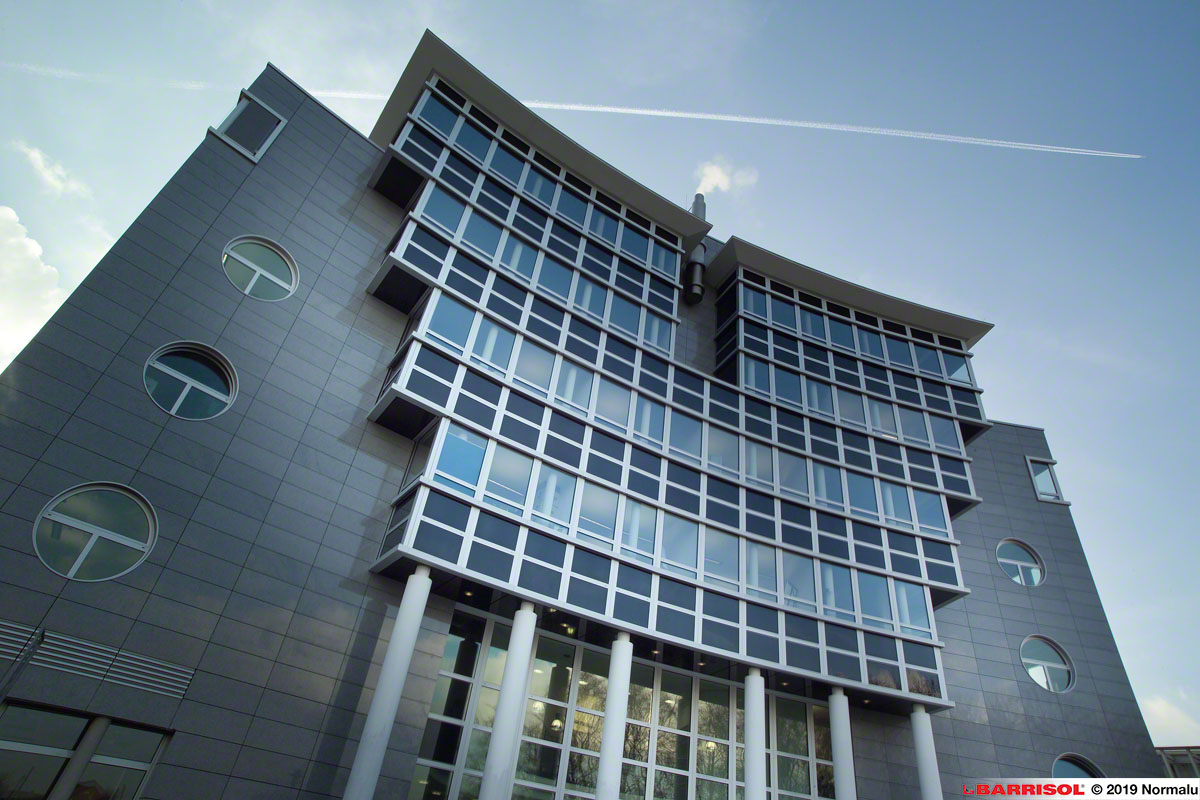 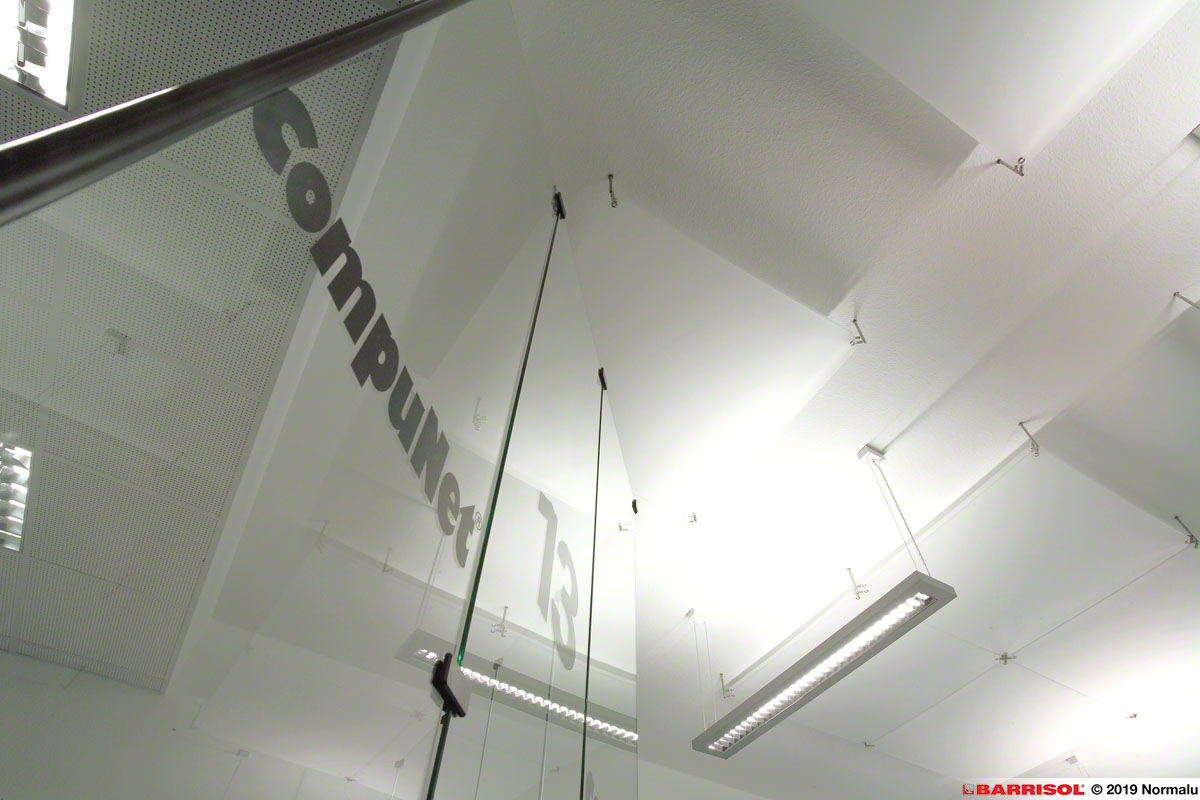 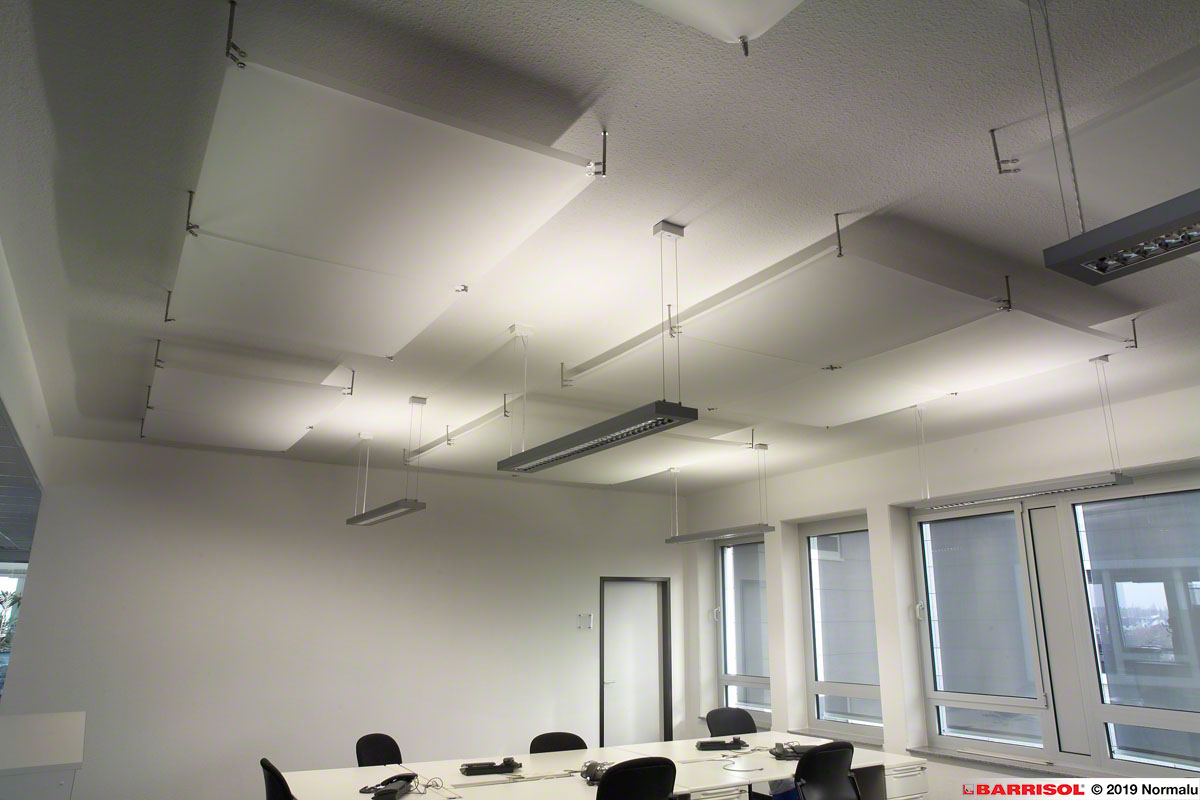 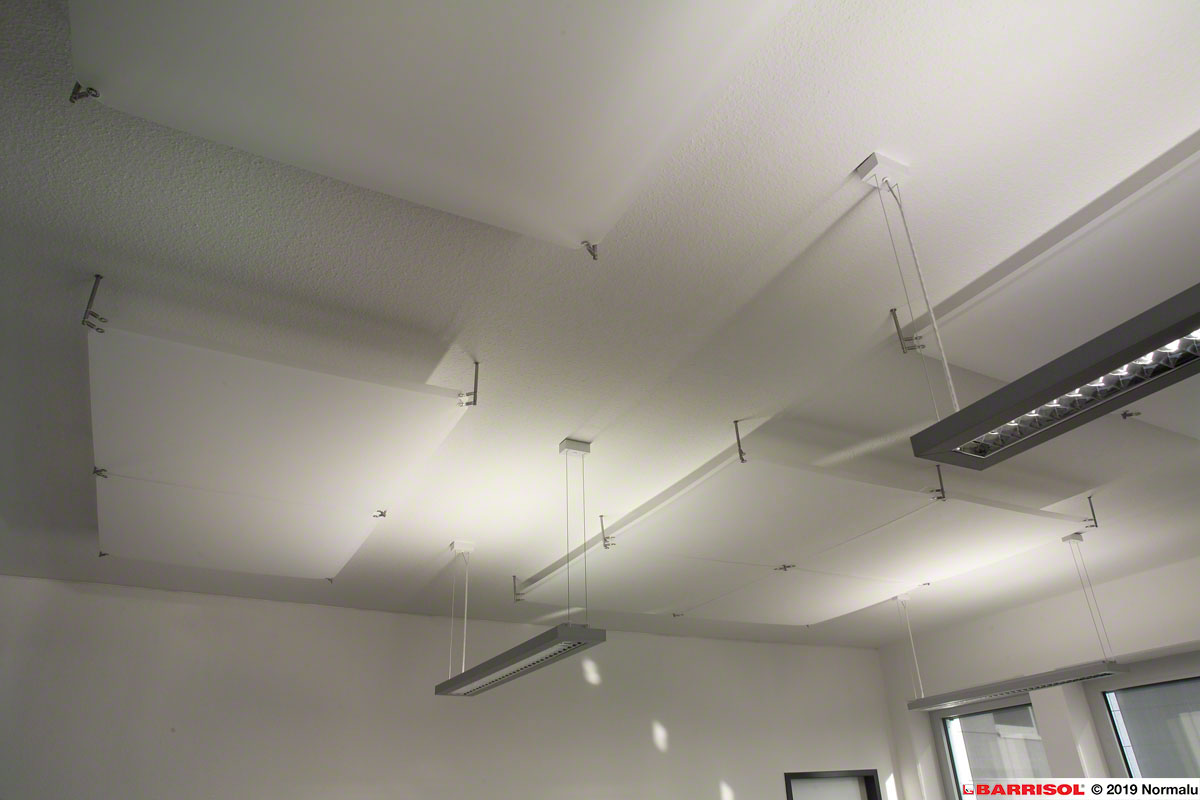 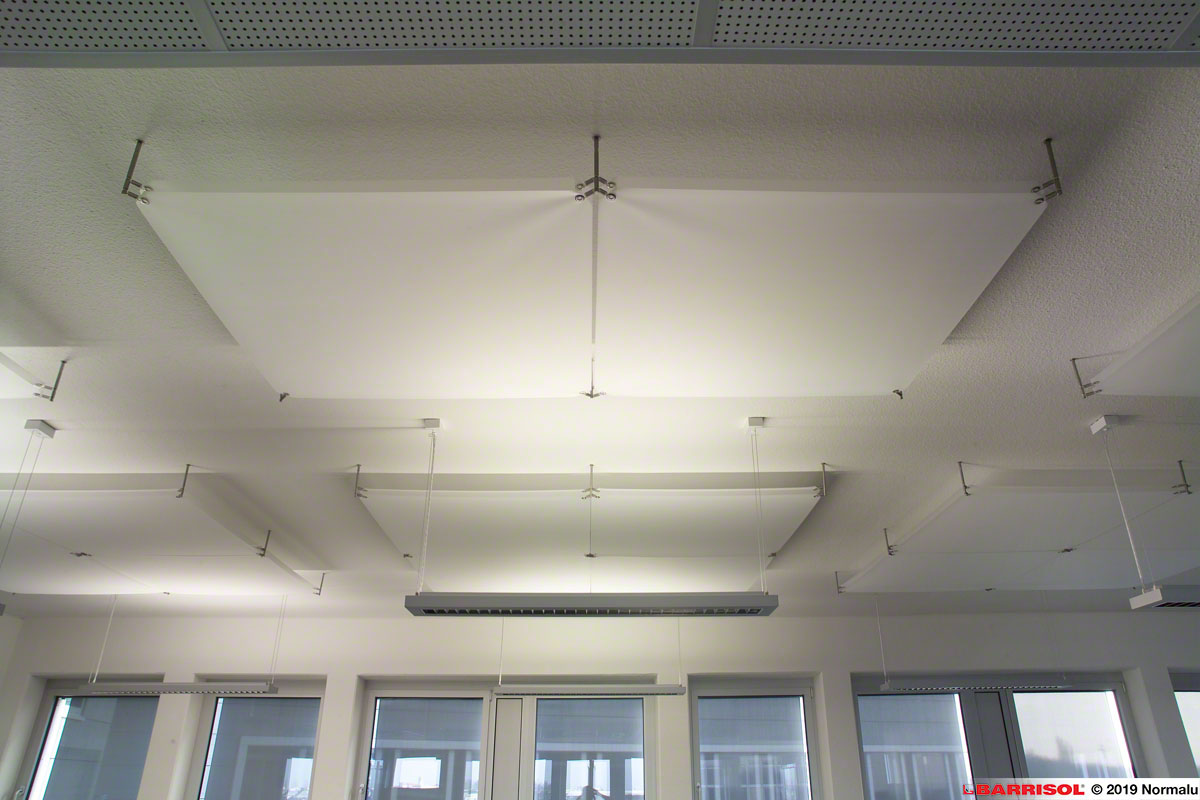 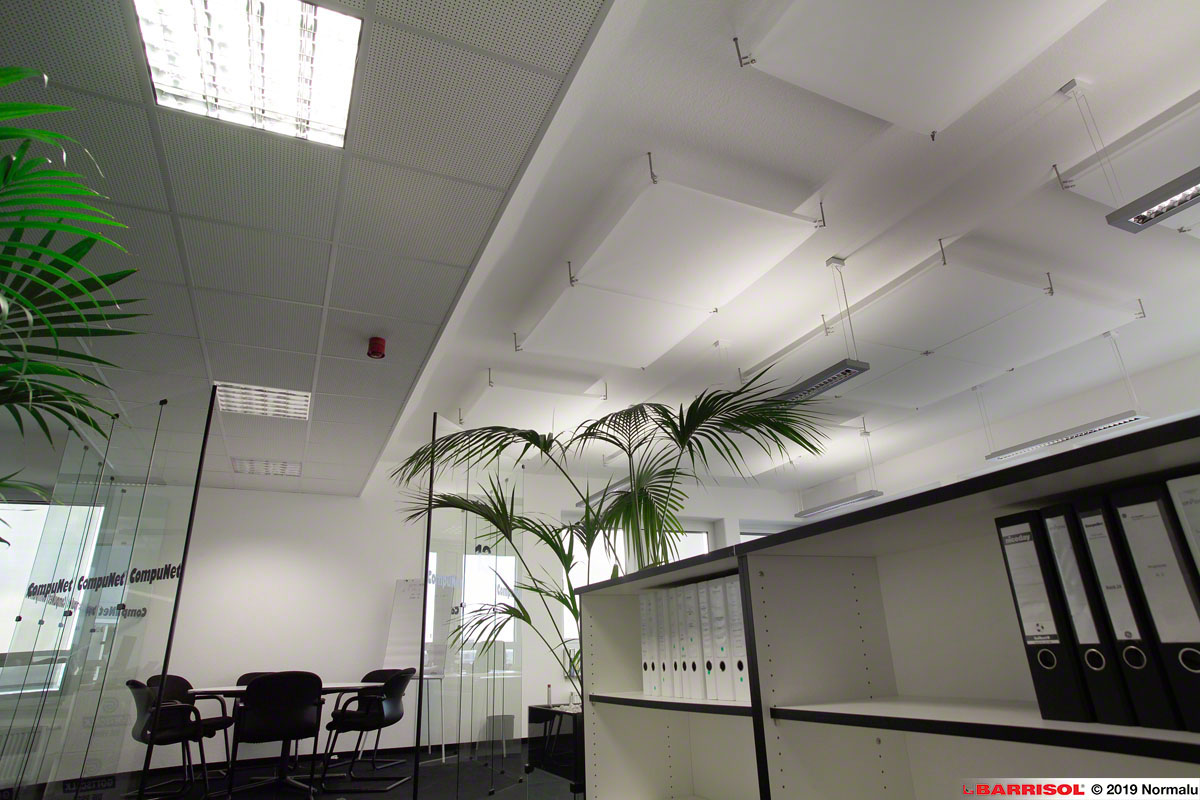 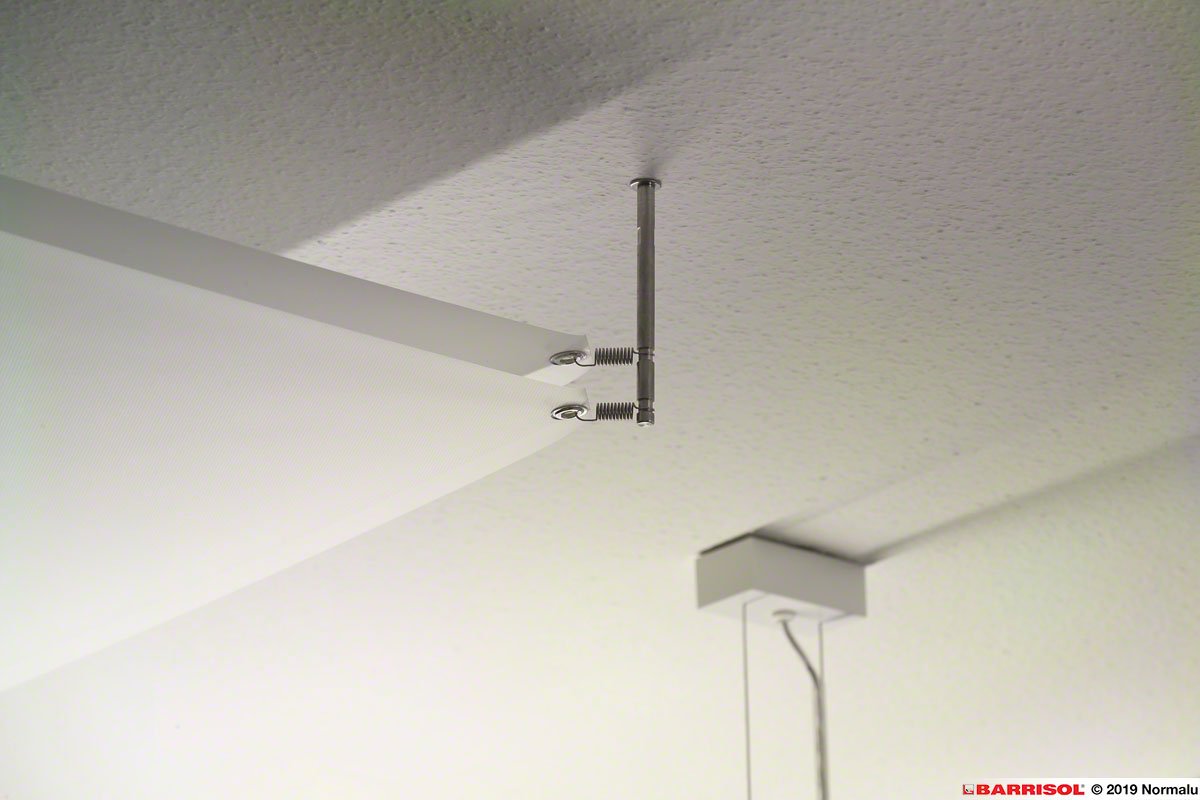 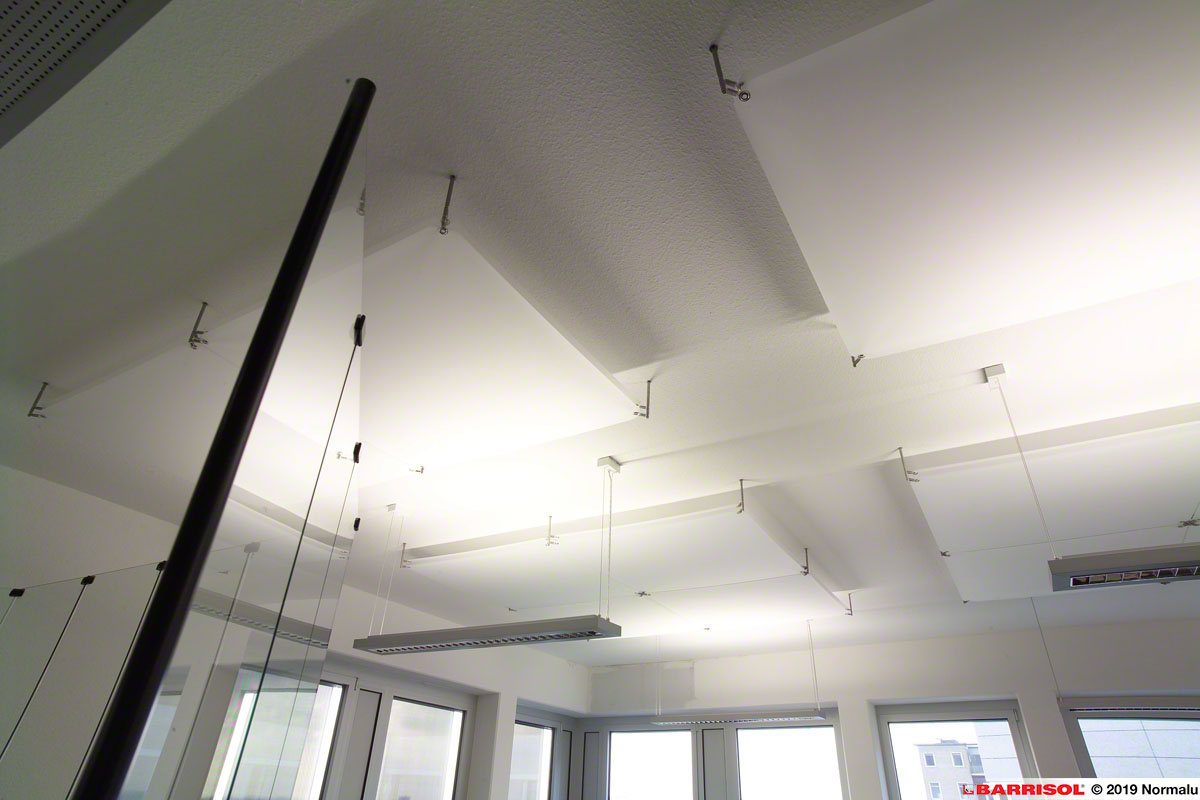 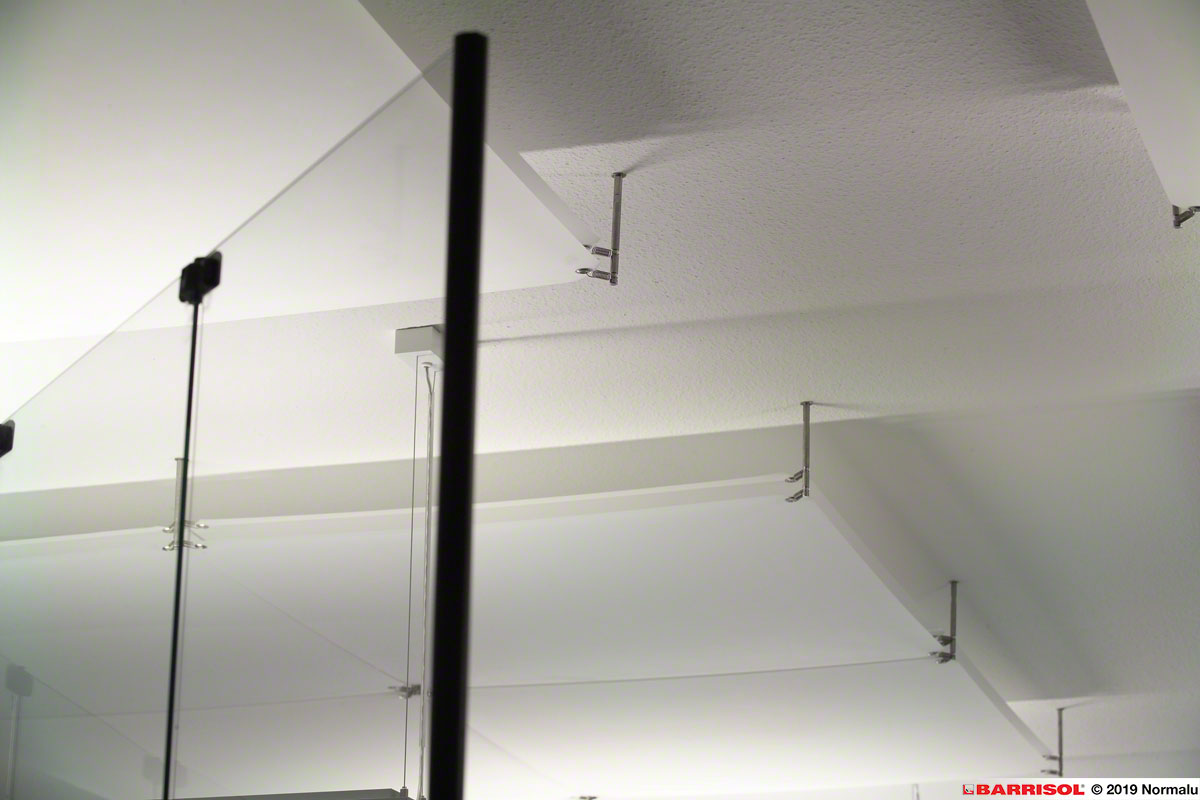