Situated on the Felten & Guilleaume business site, in Cologne in the Mülheim quarter, it is an elongated factory building dating from the start of the 20th century.  It was then developed in the 1950s to its present size, more than 250 metres. Until its transformation into modern office building housing more than 7000 people, it served as a telecommunications cable production site.

The new tenant has more than 17,000m² of floor space on five levels.

It was particularly important to the architects not to destroy the longitudinal alignment of the building with interior design. Large glass walls and clear wood surfaces were requested to separate the offices. The vaults are supported by a steel construction mark the place their mark and should therefore be retained.

To create a pleasant acoustic ambience in this 4.5m high place and to comply with these prerequisites, MICROSORBER® film strips were placed in the vaults. They reduce noise and due to their transparency, blend with the historical elements 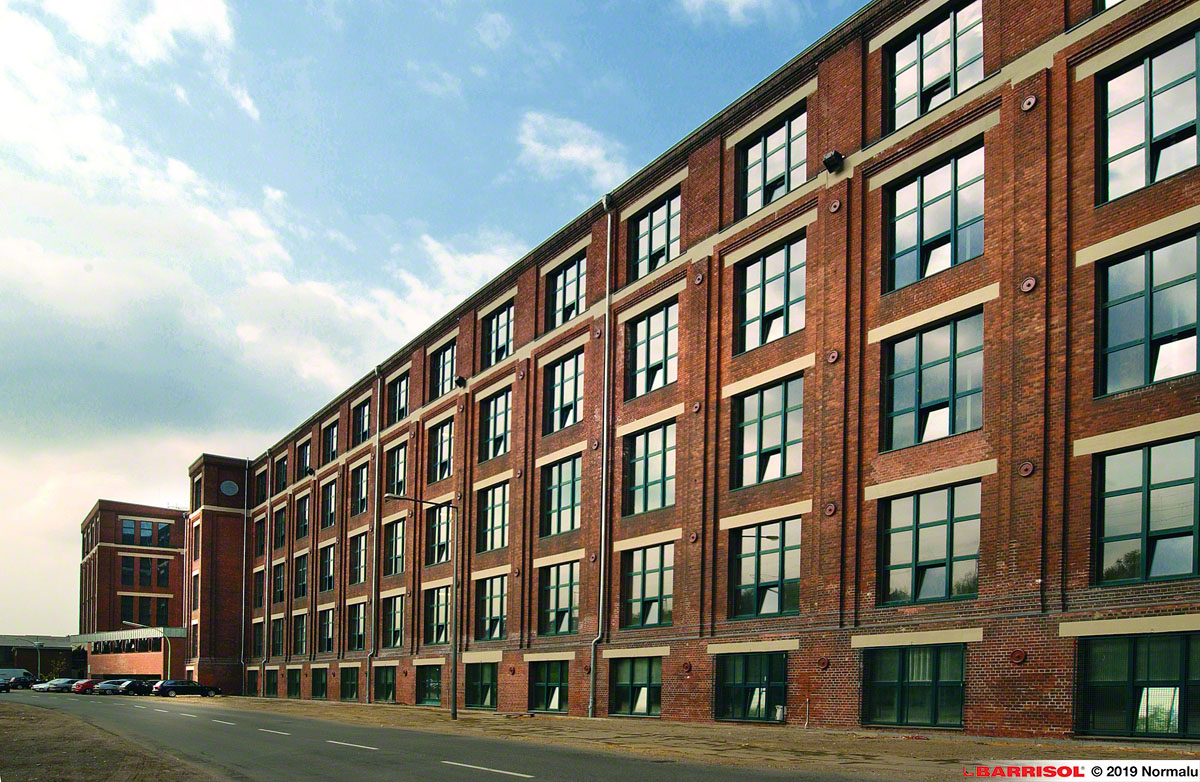 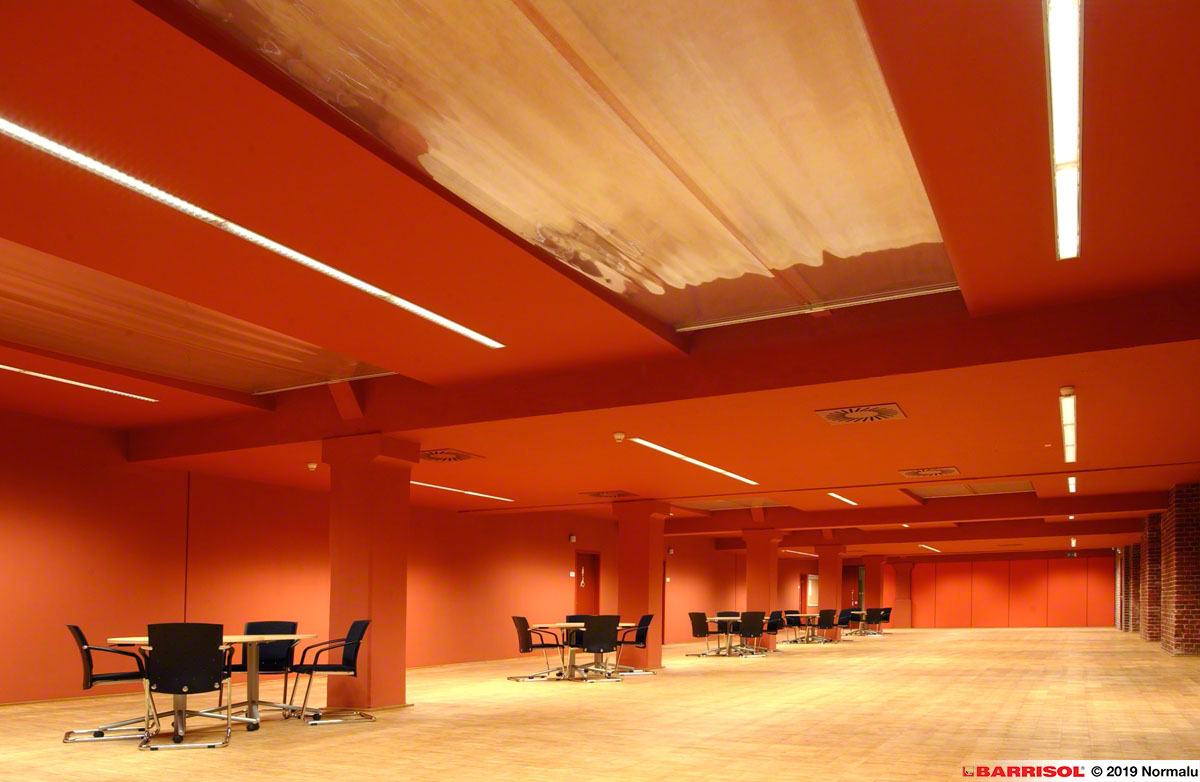