Armed with the motto "Erhalten und Ergänzen" (conserve and complete), architects Bremer + Bremer de Wetzlar have transformed the indoor and outdoor "Platsch" pool in Ennepetal. Their mission was to adapt a pool built in the 60 and 70 the requirements of a modern open pool.

During 13 months of construction, the entire cloakroom area was restructured and the swimming pool extended.  New public areas for families have been added: a large sauna area (close to a space for small children) and a "Platsch" coffee shop.  Materials such as natural stone on the floor, glass elements in the shower and locker rooms and colourful light columns in the lounge provide a contemporary atmosphere.

The surface of the water and the smooth surfaces absorb sound, therefore it was necessary to improve the sound insulation during transformations. Thus, more than 1000 square metres of one layer of MICROSORBER® translucent film have been implemented, both for the large pool and for learning pool. To meet the needs and produce an optimal solution KAEFER has built numerous bands, which are individually assembled on site.

Thus, the reverberation time has been significantly reduced. In addition, installing MICROSORBER® films yielded another positive effect: the films illuminated by floodlights reflect light and provide uniform lighting conditions throughout the bathing area. 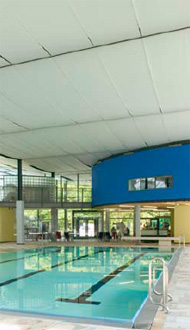 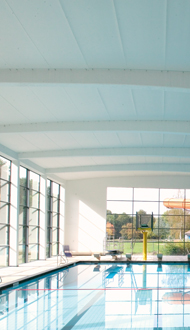 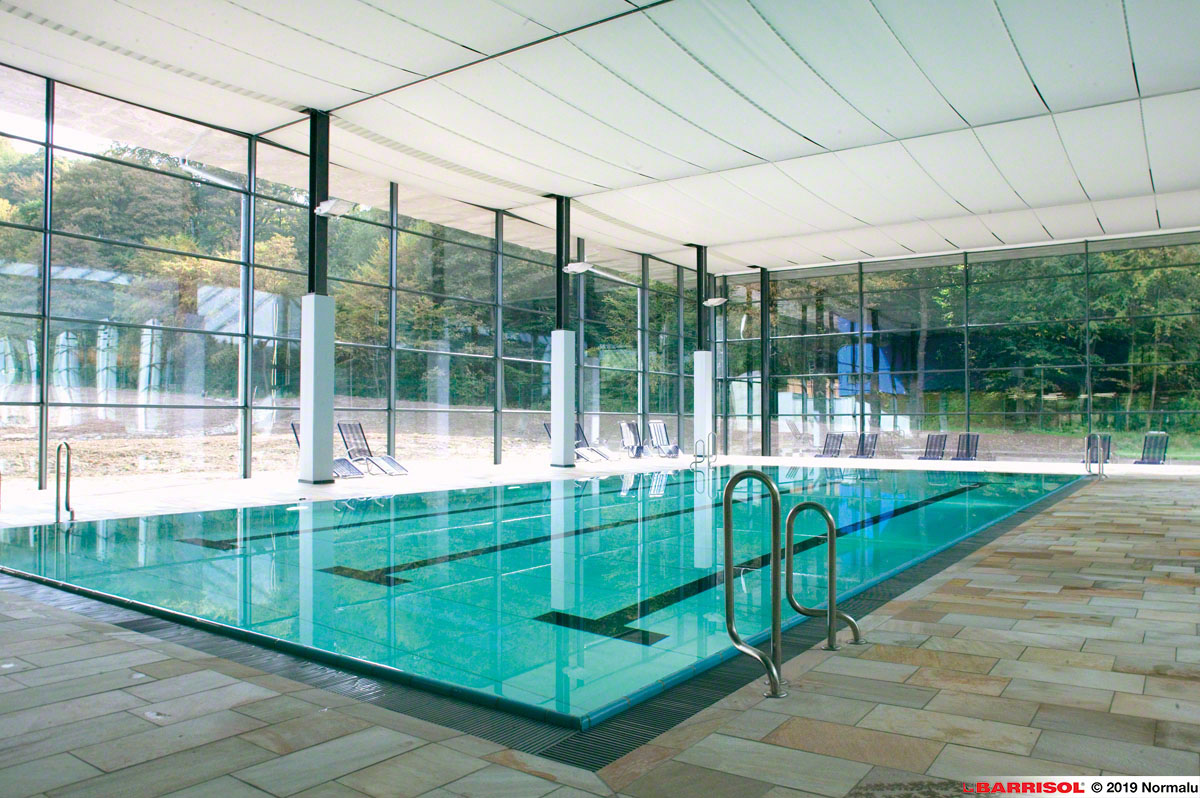